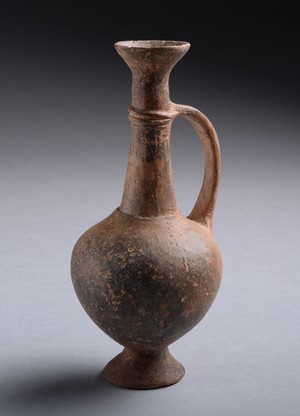 This is a typical Base Ring 1 Ware juglet called a bilbil, with dark grey-brown slip possibly imitating bronze.  Analysis of residues in a small juglet of this type has found that it contained opium (though recently this widely known analysis has been questioned).  If the pot is inverted it looks startling like a poppy seed-head, which cannot be a coincidence.  Large numbers of these were made and many exported to the Levant, and also to Egypt, Anatolia and Greece. They are the most common type of Bronze Age pot found on the antiquities market and I have seen at least 20, many found in Israel. The large version (see next item) are also quite common and much exported and believed to have contained perfumed oil.

(collection of Professor Geoffrey Wilson (1930-2015), founding father of Warwick University Law School. The family home in Leamington was an untidy museum of mementoes from Cambridge, paintings, prints, vinyl records, other bric a brac and, of course, piles of books. Acquired 1990, probably from a Bonhams auction.) 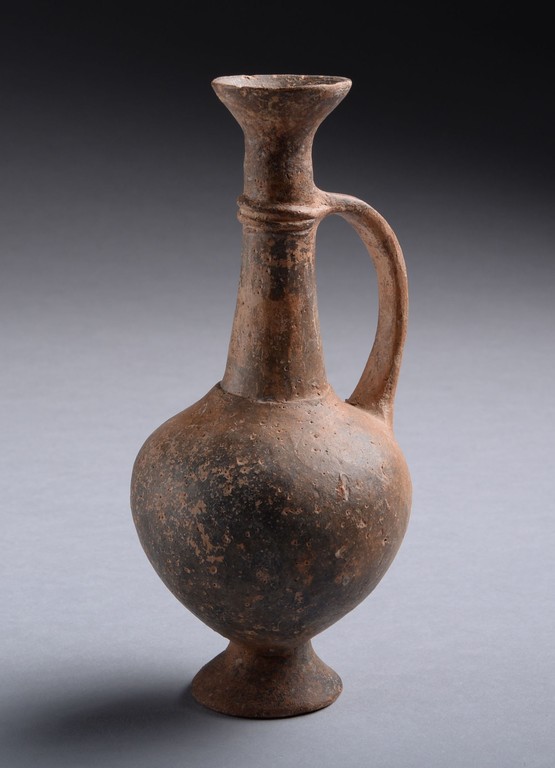