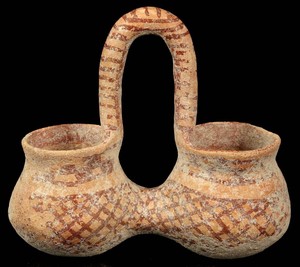 This small kernos is in White Painted Ware: pottery covered in a creamy slip decorated with red (or often black) painted patterns.  Kernoi are groups of offering bowls with several small bowls for different offerings fused together into one piece, usually with a carrying handle.

In the case of the later Ring Kernoi, a hollow ring links the interiors of the vessels, usually surmounted by models of larger vessels as filling openings, often accompanied by animal models or animal heads (protomi). In this case the vessels have become more symbolic and could be linked, perhaps, with the Early/Middle Cypriot cult vessels.

Although Red Polished ware and its variants (black polished, drab, etc) make up most of the pottery of the Middle Cypriot period until MCIII, there are a few,  painted wares, white-painted being by far the most important.  It seems to be associated with high status tombs and is the only ceramic ware known to have been exported in the Middle Bronze Age, other than red on black ware.  It continued to be made until about 1400BC (well into the Late Bronze age), after which the rather similar White Slip ware took over.

Extensive encrustation possibly from repeated flooding of a tomb and some erosion of the surface at one end.

(Ex UK private collection Acq Bonhams 22April 1999 lot 375 (part). Previously from UK deceased estate, collected in 1970s. Bonhams dealt with the solicitor from the estate and could not find record of the collector's name.) 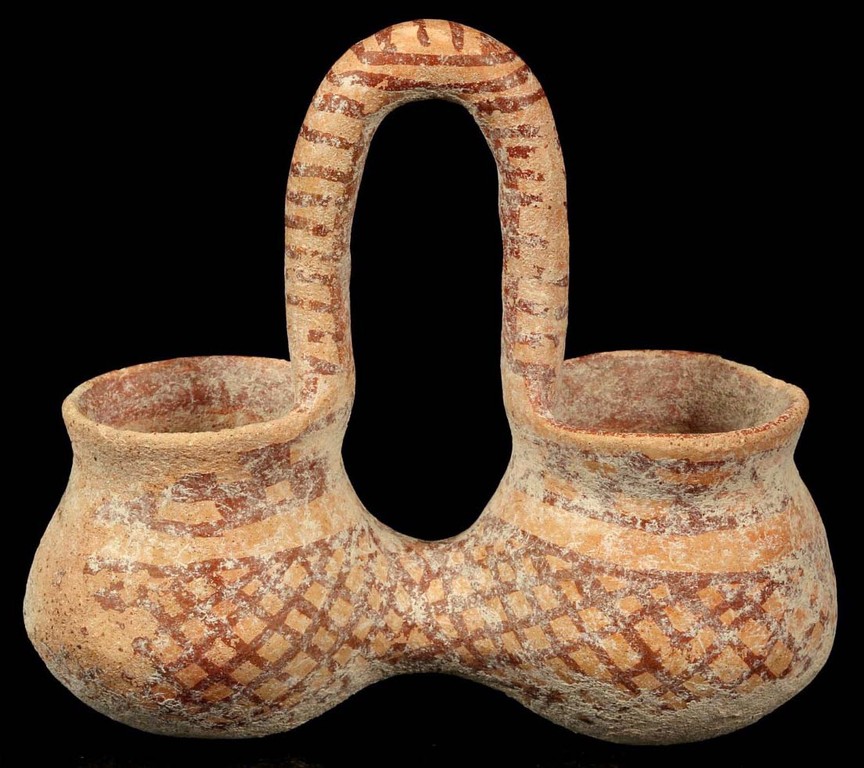