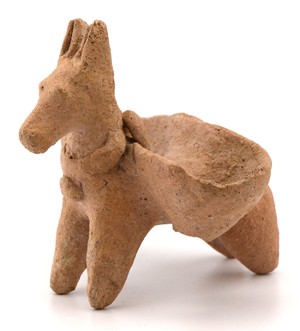 Donkeys were introduced to Cyprus near the start of the Bronze Age (probably around 2300 BC) and quickly became important beasts of burden and mounts. Models of Donkeys with panniers are known from that period (one that had been attached to a pot is illustrated by Desmond Morris). This rather charming donkey with panniers is Plain White Ware pottery. The crude modelling clearly shows the finger marks of the potter. I do not know why the panniers have a hole at the bottom. It was sold to me as from the sub Mycenaean period at the end of the Bronze Age (LC IIIb), but is more likely from the early Iron Age, probably Archaic. It may be a cheap  offering for a local shrine, or a toy or ornament put into a grave. In either case it would presumably have related in some way to the life of the donor or the person buried.

((Ex. William R Crawford collection acquired in Cyprus prior to 1972. Like the other piece of his I own it is accompanied by a copy of the 1972 export license issued to him by the Republic of Cyprus Department of Antiquities. The originals were thrown out but he had luckily sent copies to someone. William Crawford was an American career diplomat and expert on the Middle East and Cyprus. He was director of Arab-Israeli Affairs at the State Department 1959-64 and Deputy Chief of Mission in Cyprus thereafter. In 1970s he was ambassador to Yemen and then to Cyprus and later became principal deputy assistant secretary of state for Near East and South Asian affairs. He donated part of his collection to the Virginia Museum of Fine Art prior to his death in 2002. See http://www.adst.org/OH%20TOCs/Crawford,%20William.R.toc.pdf))

Cypriot donkey with panniers Archaic (750-480BC) 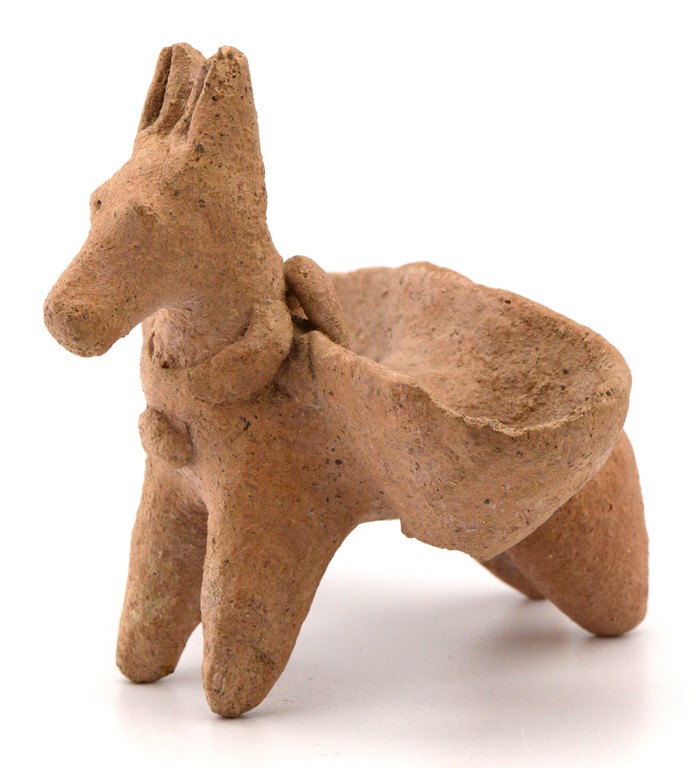