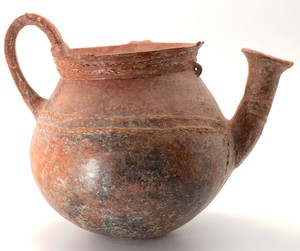 Drab Polished Ware comes mostly from the South coast. Compare with my Early Bronze Age “large spouted pot” which was larger and less decorated but essentially the same, except the handle is vertical. Indeed this spout shape goes back to the Philia period and there is even here a small flattened patch on the basically rounded base. Applied decoration is also a feature of earlier pots, but is here more delicate chain design made by interweaving two lines. Presumably it would have been used in company to pour drinks. As with many pots there is a pierced lug which could have been used to hang it from a peg in the wall when not in use or may by now have simply become a decorative element.  A very pretty pot.

((Ex. William R Crawford collection acquired in Cyprus prior to 1972. Like the other piece I own it is accompanied by a copy of the 1972 export license issued to him by the Republic of Cyprus Department of Antiquities. William Crawford was an American career diplomat and expert on the Middle East and Cyprus. He was director of Arab-Israeli Affairs at the State Department 1959-64 and Deputy Chif of Mission in Cyprus thereafter. In 1970s he was ambassador to Yemen and then to Cyprus and later became principal deputy assistant secretary of state for Near East and South Asian affairs. He donated part of his collection to the Virginia Museum of Fine Art prior to his death in 2002. See http://www.adst.org/OH%20TOCs/Crawford,%20William.R.toc.pdf) 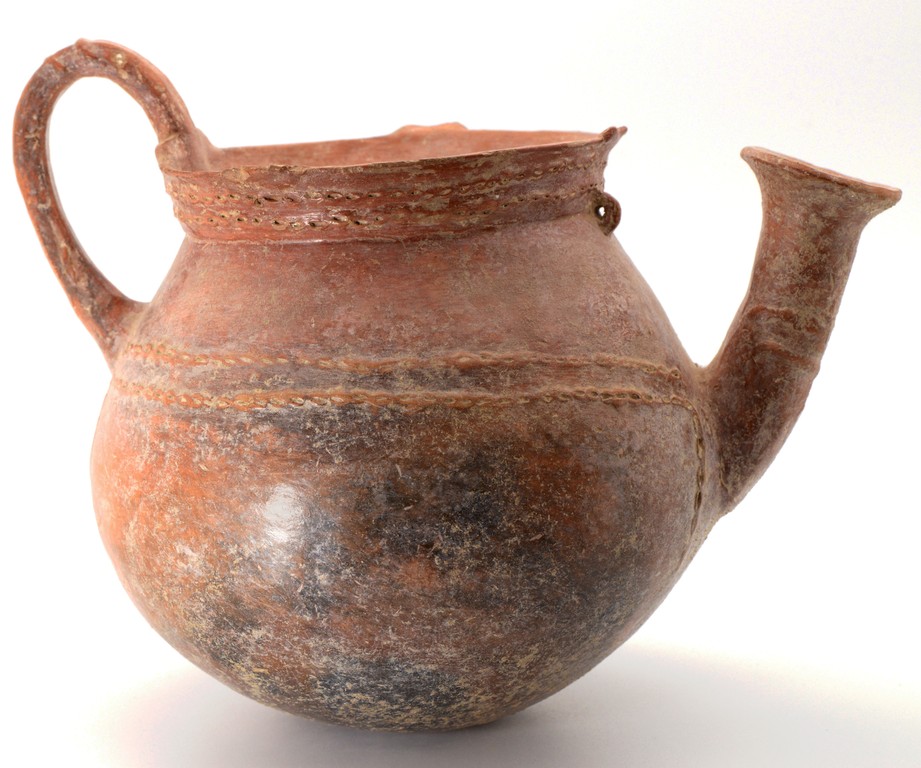