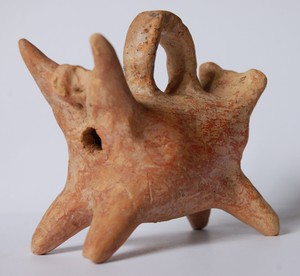 This zoomorphic "hole-mouth" askos has a bulls head at one end and indeterminate animal head at the other (both with pierced mouth and eyes), and a round hole in the chest beneath each. There is a similar vessel in the Ashmolian Museum - with a bull’s head and a stag head (and the tiny 2 headed bulls on my MBA cult vessel are close relatives), but usually these bull figures have just one head and chest hole. Even in those cases the function is unclear. They are often called askoi (perhaps for pouring libations?) though the low position of the hole would make it rather unsuitable for containing liquids. Here, though there is a handle, it is hard to see how it could be easily filled and used unless one put a thumb over one of the holes or dipped the whole vessel. This was before writing was used in Cyprus, but could some sort of charm or symbolic food have been placed in it? Similar even larger holes in the chests of larger bull figures are found in the Early Iron Age (see http://ant.david-johnson.co.uk/catalogue/179 ). It is Red Polished Ware, like most pottery of the period.   Usually these figures have 3 legs - and a small pierced lug on the back, rather than a large loop. 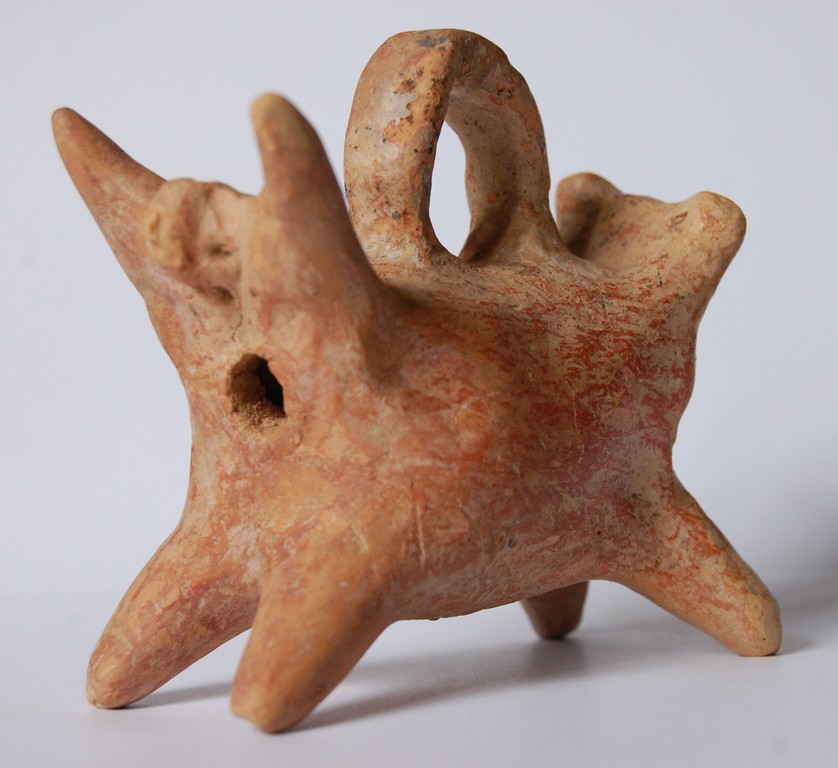