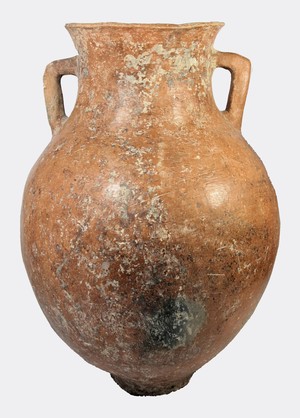 This typical Middle Bronze Ace storage pithos is in Red Polished Ware, the main type of pottery in the Early and Middle Cypriot Bronze Age. Often, though, they had a wider base. It has a handle on either side of the neck and would have been used for storage of dry foodstuffs such as grain or dried pulses, or possibly olive oil or wine, though it would have needed a large stopper.  Possibly, given the narrow base, it might have stood partially buried in the floor or placed in an enclosure or "bin", probably lined with lime plaster.  It is very similar shape to the "Sévres Jar"  (D Morris P280) but without the scenic compositions.

Some chips and a surface crack on the lower body 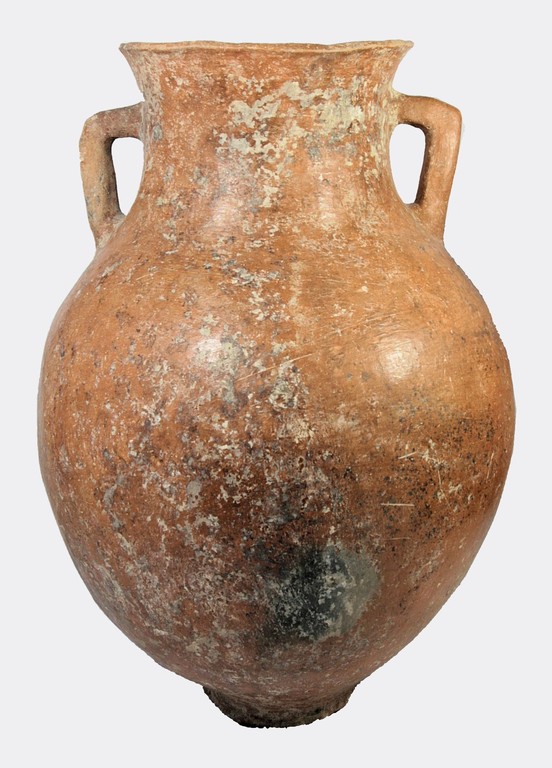