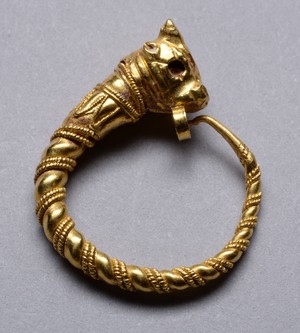 The Cypriot concern with bull imagery goes back into the Early Bronze Age I and is found in Crete and, later, Mycenae, and continues in almost every period. Gold earrings with bull-head imagery are known from the Late Bronze Age till at least the Roman period. The Bronze Age type was a full-face bull and the hoop passing through its top suggested the horns. This earring is of a type famous from the classical period (see Cesnola collection NY) and continuing through the Hellenistic.

This is an extremely fine example made from 3 strands of trwisted goldwire, two twisted filigree and one plain. The hollow bull-head terminal has chased decoration andapplied coiled and filigree wire.  I am unsure if it might have had glass or stone eyes originally. 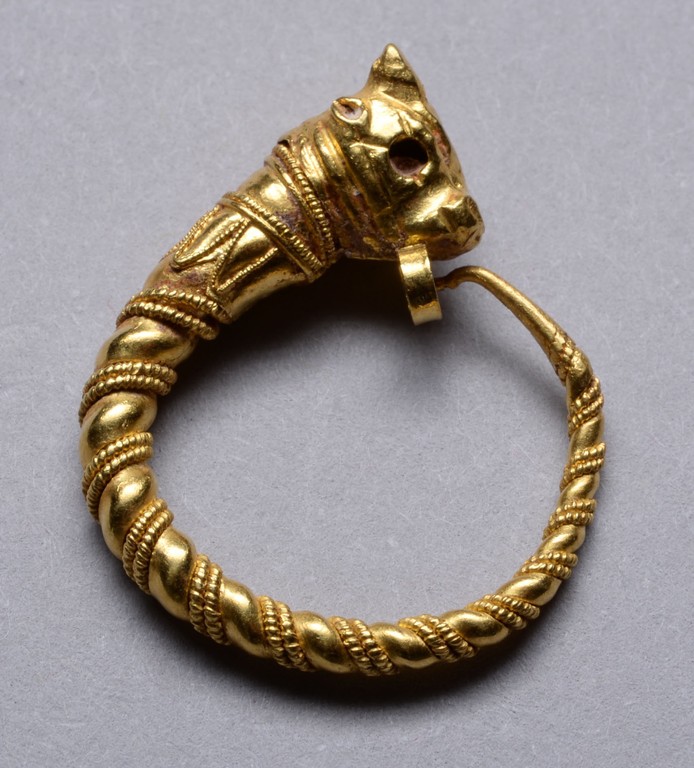