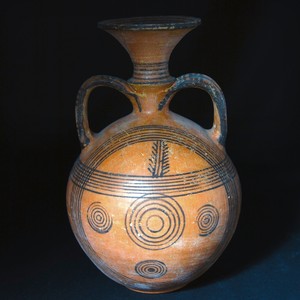 Compare with the extremely similar Cypro-Mycenaean flask. Clearly there is a strong influence, including in the concentric circles, painted with the pot on its side on the potters wheel, though the Phoenician influence is more often cited. Black on Red Wares used to be called Cypro-Phoenician and were considered to originate in the Phoenician mainland. However atomic analysis (atomic absorption spectroscopy) has proved that they come from Cyprus, possibly especially the area of Kition (and Amathus) which was a Phoenician colony and probably was exported from there to the mainland.

One of the most common Black on Red forms is similar but smaller and with only one handle, and is normally considered to have been a receptacle for perfume.

This is the end of Cypriot pre-history. From now on we have direct, translated written records ,and dates can be much more precise. Earlier dates were inferred from linked finds in other countries and stratification of archaeology. Now from the 7th century BC we have Assyrian and then Greek and Roman written sources.

(Collection General Surgeon Dr. Josef Mayer-Riefenthaler, Vienna. Acquired in Cyprus in the 1950s & 1960s, during his deployment as UN soldier) 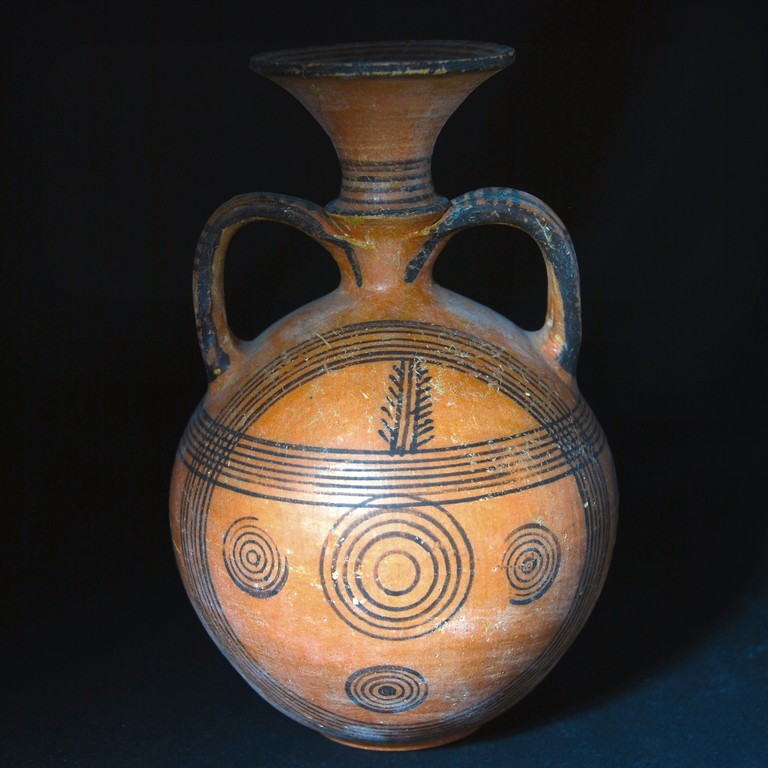