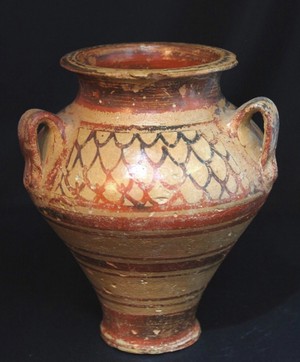 A Mycenaean form which was imported into Cyprus in the 13th and 14th centuries BC and is found in many high status tombs of the time. Later Mycenaean inspired pottery made by locals and immigrant potters who came with the influx of large numbers of Greeks to Cyprus, especially during the collapse of the Mycenaean civilization around 1200 under the impact of invasions which destroyed several major civilizations around that time. They brought with them the potters wheel and Cypro Mycenaean wares were the first widely produced wares made with the potters wheel in Cyprus. The two exceptions were the earlier Wheelmade bichrome ware and Red Lustrous Wheelmade Ware.

Unfortunately varnished by the previous owner, along with several others, but partially removed by Colin Bowles for me.

((Collection General Surgeon Dr. Josef Mayer-Riefenthaler, Vienna. Acquired in Cyprus in the late 1950s or 1965-67, during his deployment as UN soldier)) 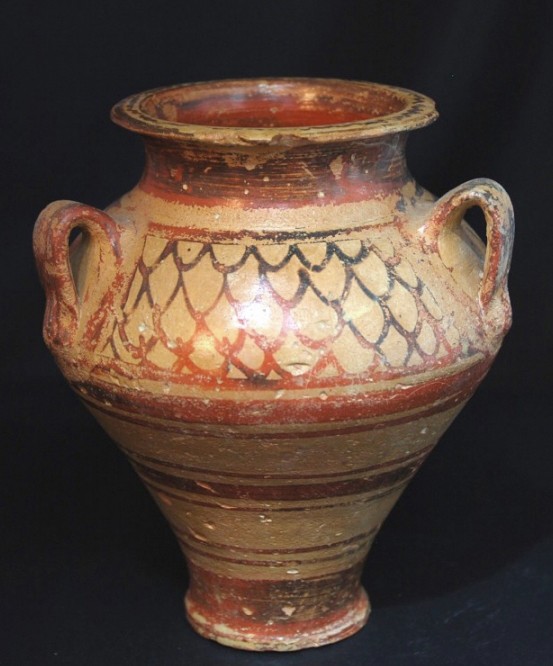