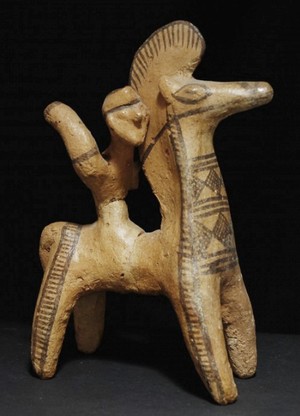 A painted terracotta warrior on horseback from the Archaic I period. In the Early Iron Age many country shrines appeared and at these and a few temples large numbers of votive figurines were left.  The most common are priest figures and female musicians, probably involved in religious ceremonies, plus warriors, often on horseback, and figures in chariots.  These stood in for the presence of the dedicatee, and since horses and chariots were valuable, also denoted their status. The left arm of this rider is missing but probably carried a shield. Often a raised right hand such as this contained a weapon. Notice his cap and the painted line denoting the bridle.

The condition, especially the paint, is otherwise very good, though mended and lightly varnished with PVA.  I have had it partially removed with acetone by Collin Bowles but it seemed to be tied into the unstable surface too well to be fully removed.

(Culture: Cypriot Collection General-Surgeon Dr. Josef Mayer-Riefenthaler, Vienna. Acquired in Cyprus in the 1960s, during his deployment as UN soldier.) 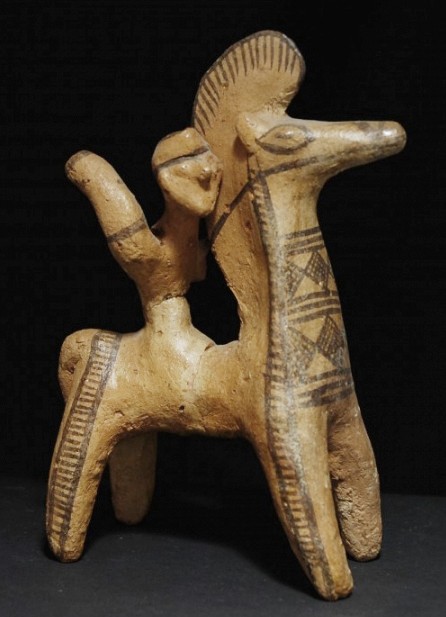