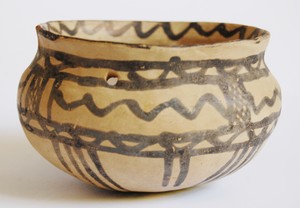 A small White Painted III - IV Ware handmade bowl from the Middle Bronze age, perhaps a small eating and drinking bowl like the Early and Middle Bronze Age, Red Polished examples, except here slightly flattened, with an in-turning upper half and out-turned lip. There is a hole in each side so it can be hung up. The introduction of White Painted Ware II has been taken to define the start of the Middle Bronze Age. However the parallel groups of lines in the lower part of the bowl, converging towards the middle, suggest a late date slightly suggestive of the converging bands of LBA White Slip Ware.

Only a small proportion of the goods in Middle Cypriot I-II graves were painted.  White Painted Ware tends to be associated with high status tombs which also contain bronze items. However by the end of the Middle Bronze Age white painted ware had become dominant.  In general wavy lines suggest an origin in the Karpass peninsular, while decoration in the East is generally linear and the West geometrical  and the central area geometrical rows . The decoration of the bottom of the bowl suggests the converging bands of White Slip Ware milk bowls of the LBA.

However there is something about its completely unstained appearance which worries me, even though there is  a little wear of the paint in places. The lip shape is unusual, though I have seen one a bit similar and it would more normally have had a handle. Could this be a fake made in Cyprus in the early 1960s?.

(Collection General-Surgeon Dr. Josef Mayer-Riefenthaler, Vienna. Acquired in Cyprus in the late 1950s or 1965-66, during his deployment as UN soldier) 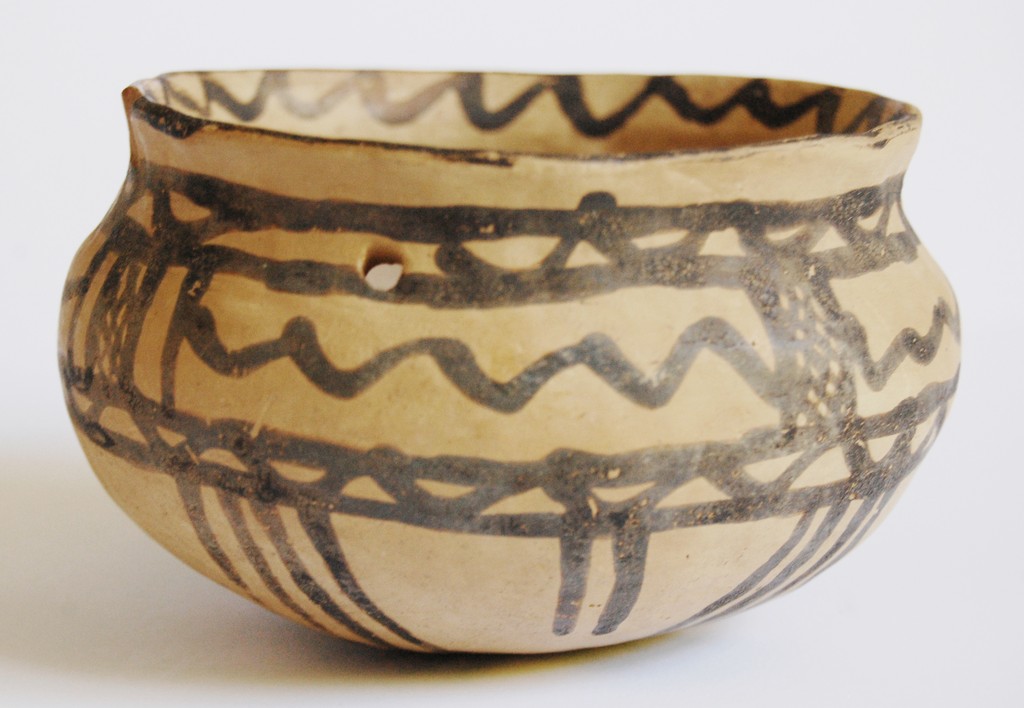