Sold to me as Late Bronze Age, Proto White Slip Ware, but probably actually later Middle Bronze Age White painted ware, which might have inspired Proto White Slip bowls.  Though Red Polished Ware bowls were more common in the Middle Bronze Age, white Painted Ware was a rarer and more high status alternative, made almost entirely in the North and East.   This is a small, eating and drinking bowl with an upturned handle, sometimes found in an RPW version, which could be used to dip into a liquid. Often it would be plain but here has a painted decoration in various shades of brown on a pale slip, tending to red where well fired.

Analyses of slips on White Slip Ware have confirmed that it was a by-product of copper mining activities (Gomez et al 1998:). A production site of White Slip ceramics was found and excavated at Sanidha Moutti tou Ayiou Serkiou near the copper mines of Kalavasos.

(Collection General-Surgeon Dr. Josef Mayer-Riefenthaler, Vienna. Acquired in Cyprus in the late 1950s or 1965/6, during his deployment as UN soldier) 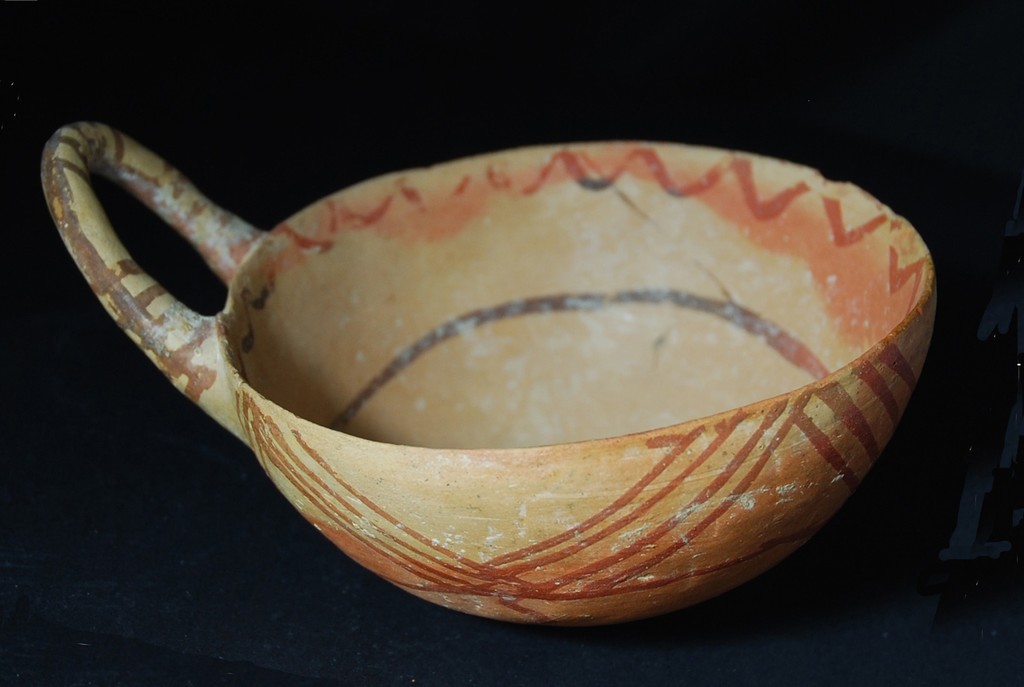