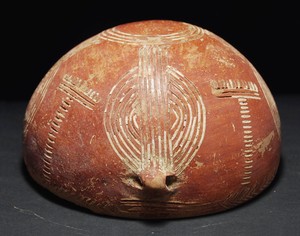 The Red Polished ware individual bowl is the basic piece of Early and Middle bronze age pottery. This one is enlivened by incised decoration cut into the bowl when it has dried to the leather-hard stage. Normally the coating of red clay slip (clay and water) was added after this. The pot was burnished, perhaps with a pebble, and the incisions filled with white lime.  All Early and Middle bronze age pottery and most Late Bronze Age was handmade (moulded or built up from coils).

Judging by the divided circles and comb-like motif of the decoration this particular example comes from the end of the Early or beginning of the Middle Bronze Age which was a single period only divided by the appearance of painted wares in the latter half.  the comb motif relates to comb figures which Desmond Morris believed were a version of the plank figurines though most academics believe they refer to carding combs. As  with much early and mid bronze age pottery, a pierced lug allowed it to be hung from a peg in the wall by a string. The inside of day to day food bowls were never incised.

The simple undecorated red polished bowl is most common object found in tombs from the Middle Bronze Age.  Earlier the number of bowls was smaller and they were more likely to be decorated. Unlike the larger and more elaborate prestige items found in tombs these plain bowls were probably simply objects used in the funeral feasts and indicate that larger numbers of people from the kin group took part in these events. The model sanctuary depicted in the Vounous bowl from the early Bronze Age has a figure trying to look over the wall, so probably not everyone was allowed to take part. 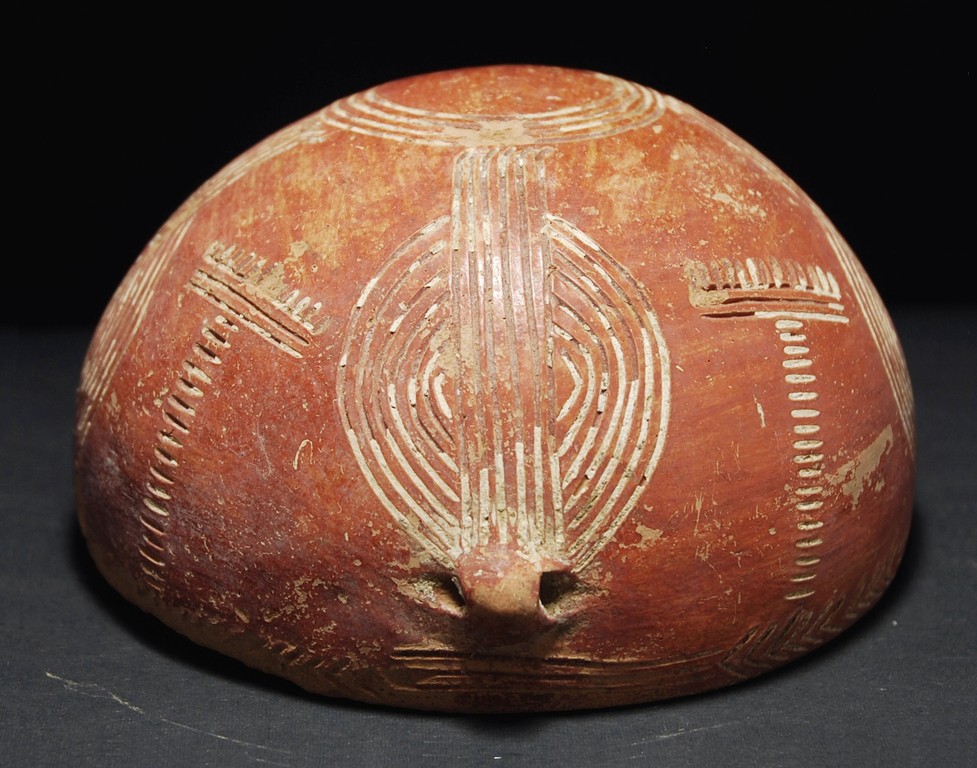