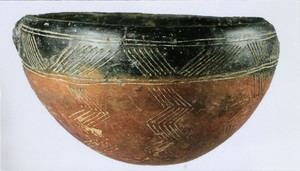 Incised black topped Red Polished Ware (see above). Rounded bottom with small pierced lug (possibly to hang it up by a string). This hand held, hemispherical bowl is a decorated version of the red-slip bowl, the commonest form of Bronze Age pottery, along with cooking and storage pots. The black inside and rim may have been achieved by inverting the bowl in sand in the kiln to reduce the oxygen supply to these parts, thus reducing the red iron oxide in the slip coating.  Red/black ware was also produced in the Philia period and can be found from 4500-3500BC in Naqada culture of chalcolithic, pre-dynastic Egypt.       Earlier archaeologists used to say that the transition away from round-bottomed pots in the later Bronze Age indicated a greater degree of civilisation - ie. domestic furniture instead of loose soil floors, but it is now argued that round-bottomed vessels may have been supported on organic rings (eg wood or straw) which haven’t survived and thus the transition from the traditional shape need not have coincided with other changes. The bowl was probably drunk from, or held in one hand while eating with the other, as is still done in many cultures. Plates did not exist in Cyprus till the Iron Age and no cutlery is known. (Restored from 2 pieces) 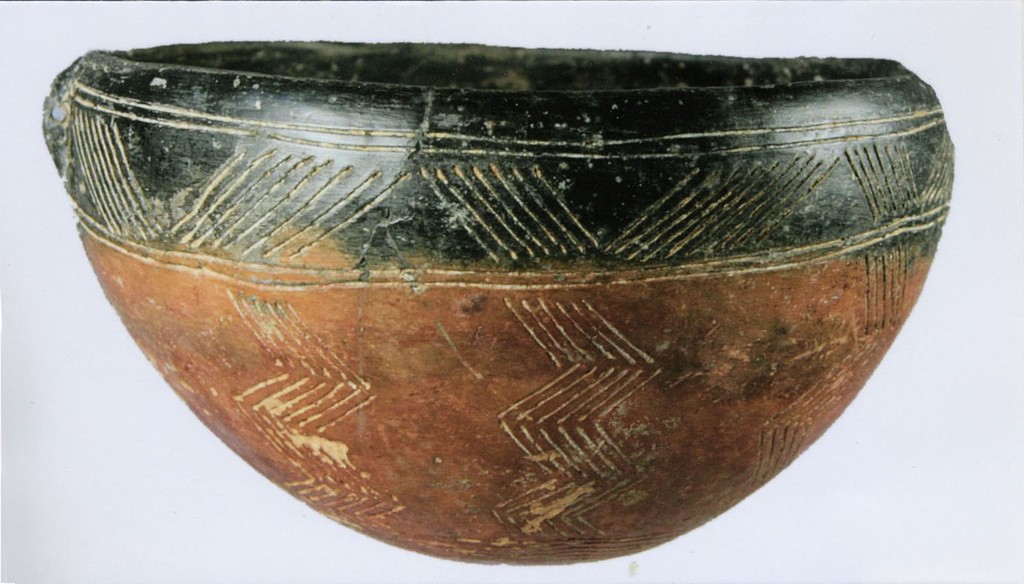