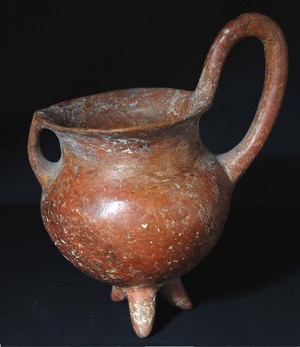 Tripod pot with one small and one dipper-type handle. Red Polished Ware such as this was dipped in a slip of iron-rich clay and polished.  Tripod vessels are believed to have been shaped thus to stand in the fire to heat the contents. This is much more effective than standing a pot on the wood of the fire, instead raising the pot above it.  The long handle obviously keeps it away from the heat.  However the tripod also allows it to sit directly on a flat surface and cooking pots were not normally put into tombs.

A rounded bottom is, in general, better for a cooking pot, to spread the heat, and for larger pots, allow room for the fire not to be smothered. I am not clear, though, why all pots in the Early and Middle Cypriot periods were round bottomed, though it does suggests that at first people sat on the floor to eat (with pots set in dips in the floor) rather than around a table. However pots may have stood on an organic ring of some sort, as the marks on my Cult bowl suggest.

Cooking pots are generally made from coarser clay with more inclusions, which reduce the thermal shock on the fabric.

There are markings from roots from the long period when it was buried presumably in a tomb, though as in most cases this information is lost. 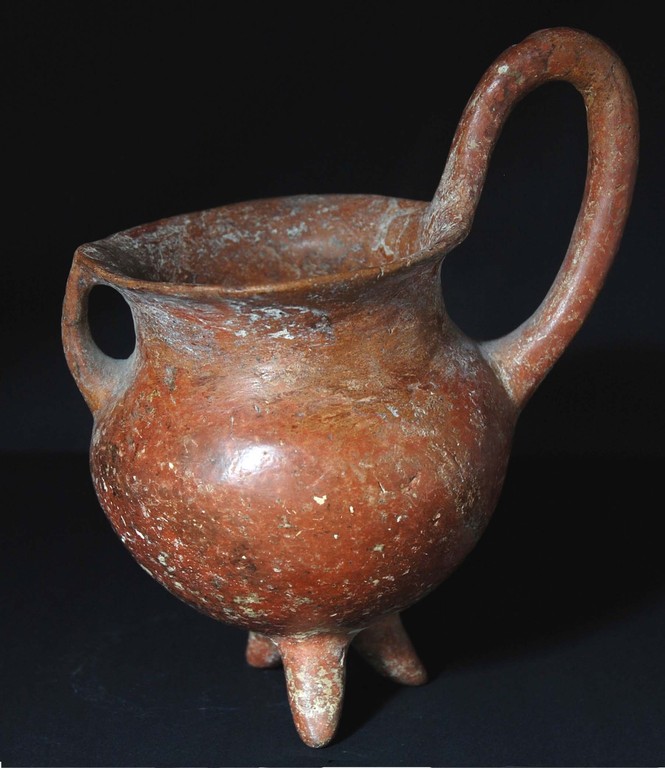