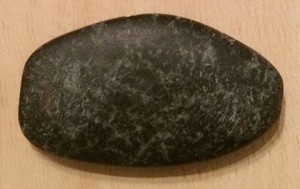 Polished stone tool. Although stone tools and axes are regularly ascribed to the neolithic, they continued to be made exclusively of stone in the Chalcolithic period since copper was too rare and valuable for such things.  Even into the late bronze age the high cost of bronze and greater ease of working stone meant that stone tools and axes continued to be made. I intend to investigate whether stylistic differences might narrow the date attribution in this case.

The stone used for polished tools is usually Gabbro, which has a volcanic origin, as has the copper ores in the pillow lava of the lower slopes of the Troodos mountains, which were to become so important in the Bronze Age. Tools with a sharp edge were made of flint or occasionally, in the NW,  obsidian imported from Anatolia.  Bowls and dishes were carved from limestone or volcanic Andesite. 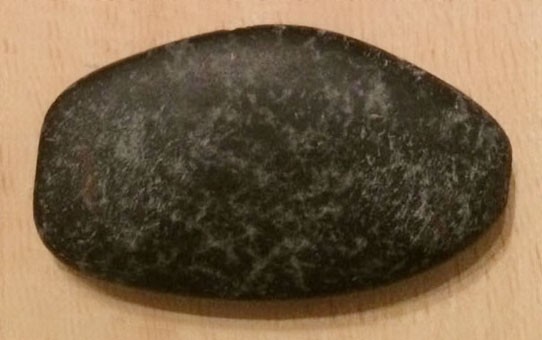