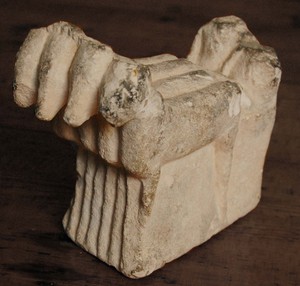 limestone votive chariot pulled by 4 horses (known as a quadrigia).  The chariot is reduced to its front and side rail with the top half of two occupants (their heads now missing). These votive sculptures are mostly single figures, sometimes including men on horseback or people in chariots.  They probably were intended to stand in for the presence of the worshiper or supplicant.  They are found in large numbers at the many country shrines which appear in that period as well as larger temples in towns.  Most are pottery, very quickly and cheaply made to be affordable to large numbers of people.  Stone sculptures are a step up, though this piece is relatively schematic compared to the finest examples. Often in the pottery examples the horses are omitted and the chariot has wheels indicated (which are here omitted) and the riders often have conical helmets and shields.

The sculpture is worn and broken, missing the riders' heads and the furthest right horse's front leg and parts of heads. For similar examples see Cesnola Collection, cf Metropolitan Museum of Art, inv No.74.51.2845 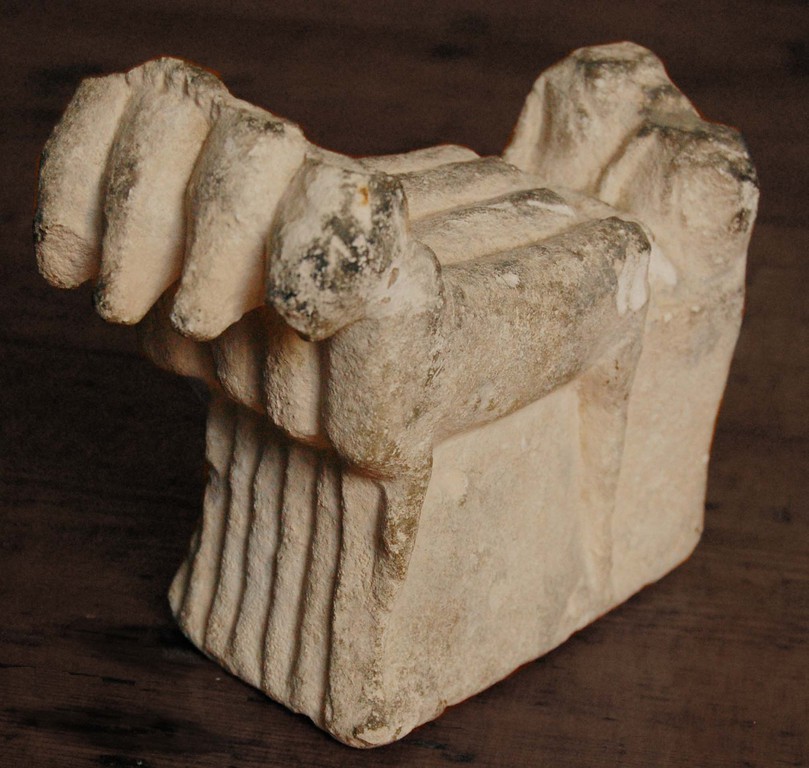