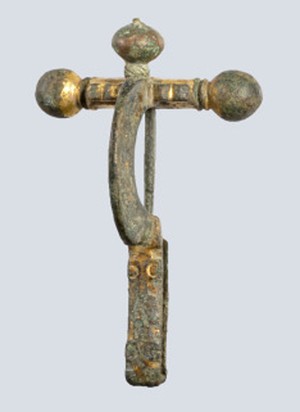 A fibula was a kind of broach for fastening the cloak or other clothing. There were 2 types, the bow and the plate. In the late 1st century BC or early 1st century AD a new design appeared in some bow type fibulae: a separate pin was attached to the head-end of the bow with a small hinge. In the 3rd century AD, the hinge was placed in the centre of a long transverse bar creating the famous and widespread crossbow fibula. A fine example, originally fully gilded.

The Third century was a time of crisis in the Roman empire with threats of Barbarian invasion and it ended with the reforms of Diocletian which moved the capital of the empire to Milan and then Ravenna. 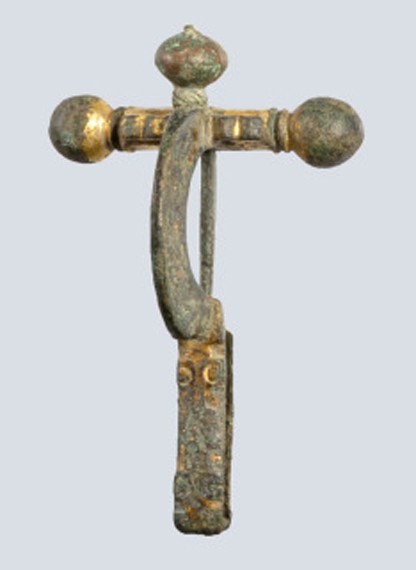