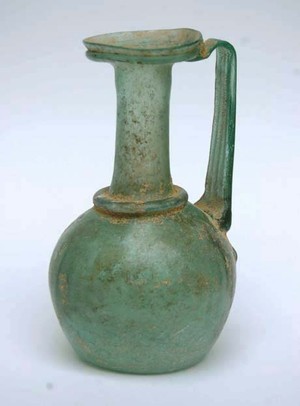 Glass was very common in the Roman empire. It had been discovered in ancient Sumeria around 3500 BC, perhaps during the early smelting of copper

This was the century of the Emperors Trajan, Hadrian and Marcus Aurelius.

A typical and pleasing Roman shape but is it genuine? The glass might be OK (though lacking the slight or pronounced iridescence usual in ancient glass) but is there something odd about the slightly granular adhering matter?  (New note: Someone who knows more than I do about ancient glass looked at it and thought it was genuine). 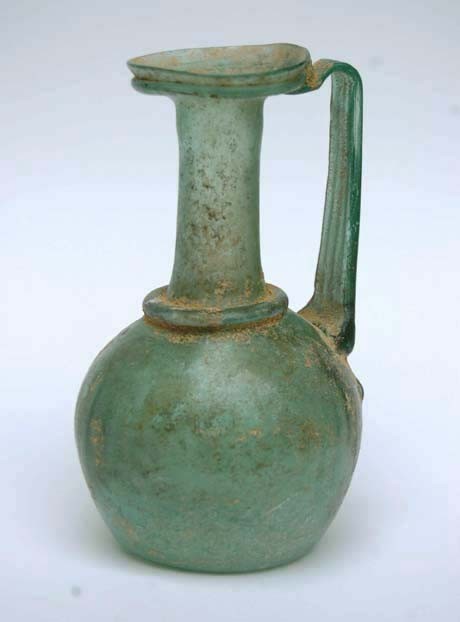