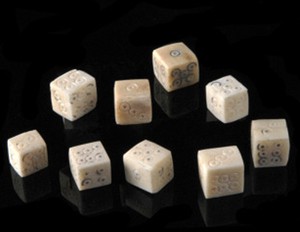 This group of 9 dice were found in Germany. Dice, known as tesserae, were common especially among the military. The spots on opposite sides added up to 7 and many were larger than these. There was also a rare type called tali with only 4 marked sides. Greeks normally played with 3 dice and Romans with 2, but 3 to play Duodecim Scripta which was played everywhere: at home, in brothels, taverns, gambling houses, in the Imperial Palace and on the street. Dice were shaken in a cup or box and tossed. Sennet sticks would be tossed in the same way, or coins (“heads or ships” rather than “heads or tails”). The oldest known dice were from 3,000 BC Iran. Originally uncut “Knuckle” (talus) bones were used, as in Greece where they also imitated them in other materials.   What is now South and West Germany was conquered by Rome in the later 1st century BC but defeat by Arminius at the battle of the Teutoberg Forest in 9AD ended Roman ambitions to conquer the rest and the border became the Rhine. During the 3rd century attacks by various tribes drove the Romans out. 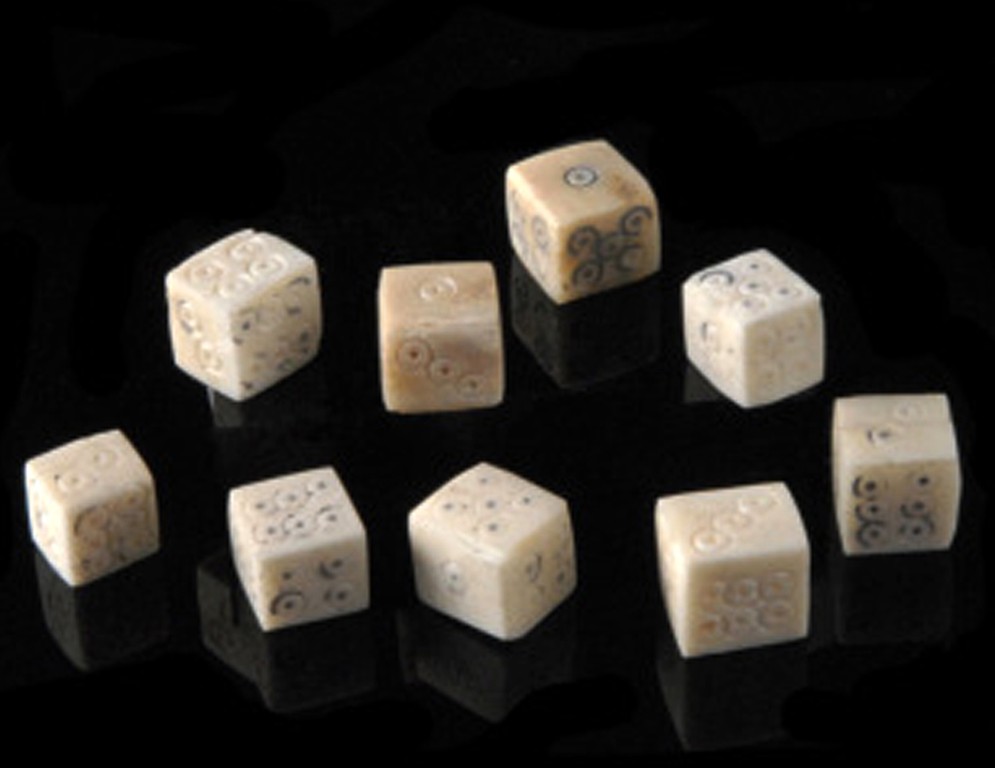