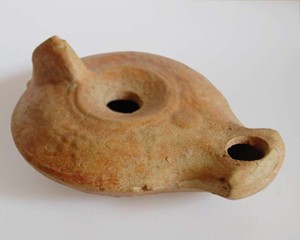 After the defeat of Carthage in 146BC Rome formed the colony of Africa in what is now Libya. The area was lightly populated, mostly along the coast.

As in the rest of the empire, worshipers were required to buy votive lamps as a source of temple revenue. They were later dumped together in pits, as this was found.. There are huge numbers of Roman lamps in existence (plus many fakes). It would have been filled with oil and a wick placed in the front hole.

This was by a long way my earliest and cheapest acquisition (my collecting otherwise began in 2013) and I have mislaid my receipt with the lamp’s estimated date on it. However I think it was 3rd century. The third century was a period of crisis and near collapse for the Roman empire with successive barbarian invasions, but less so in North Africa. In 365 a huge tsunami devastated many coastal towns. By the end of the century the colony was basically Christian. 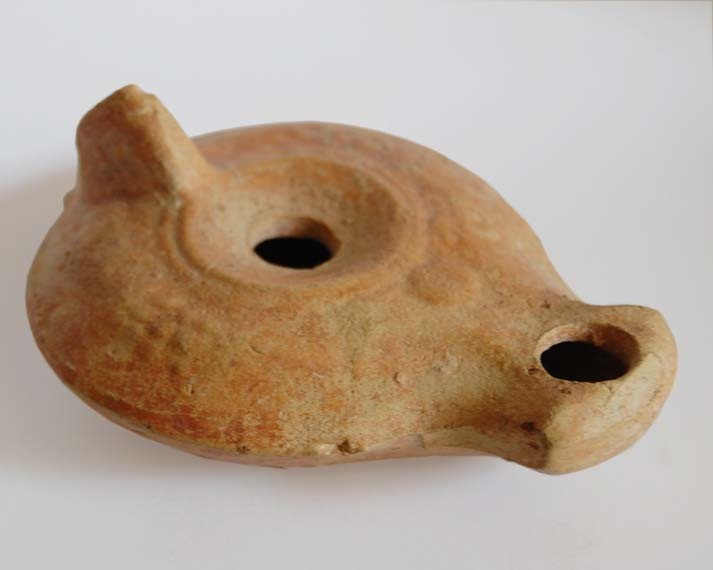