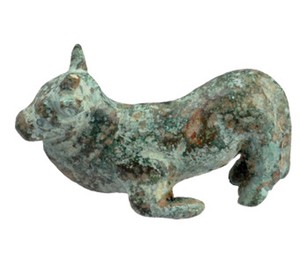 Front legs folded for sacrifice – a common representation also in Greece.   Romans began their conquest of Britain in 43 AD under Claudius and the empire was at its maximum extent in 117 AD under Hadrian who built the wall which marked the Northern edge of the subdued land. The Romans finally abandoned Britain in 410-450.

This small, solid bronze bull was found in Ely, Cambridgeshire. There was no Roman town there so this must have belonged to a small British community or isolated Roman villa on what was effectively an island in the marshes.

(Ex Lord McAlpine and Maurice Braham collections (I must consult the book of Lord McAlpine's collection to see if it throws any light on this piece's provenance).) 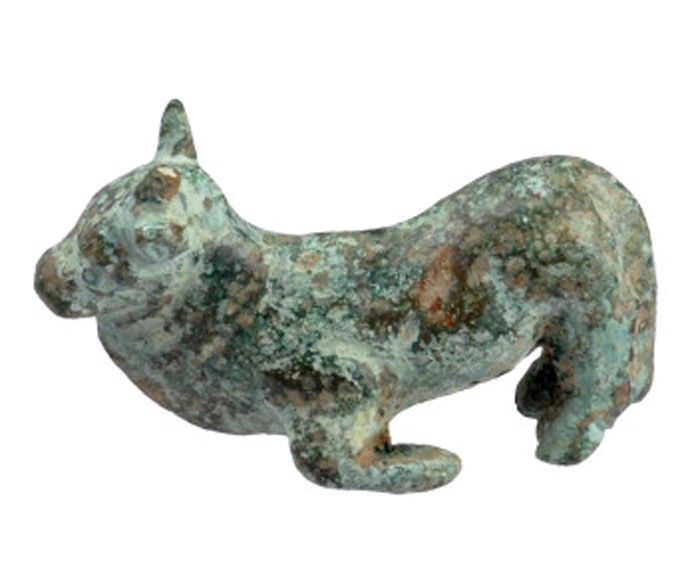