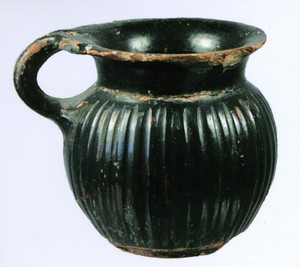 This black glaze is typical of Attic (ie Athenian) pottery and spread to the Greek colonies as well as being imitated by the Etruscans.

After the collapse of Mycenaean Greece in 1100BC, Greek civilisation restarted in the 8th– 6th BC century with the Geometric and the Archaic periods. Writing began again with an alphabet modified from the Phoenicean. Classical Greece flowered out of this in the 5th century and was at its height in the 4th century. The 4th century started with the defeat of Athens by Sparta and subsequently the defeat of Sparta and the rise of Alexander the Great, who finished his father’s unification of Greece and went on to conquer the Persian empire as far as India. He died in 323 BC after which his empire was divided between 5 of his Generals. The period after Alexander’s death is usually called Hellenistic. Athens had introduced democracy at the end of the 6th century BC and by the 4th century the rest of Greece had copied them, except Sparta which remained a monarchy. This was the period of Plato and Aristotle, though the greatest Greek dramatists were in the 5th century BC. Euclid was born the year Alexander died. Finally Greece became part of the Roman empire in 146 BC. 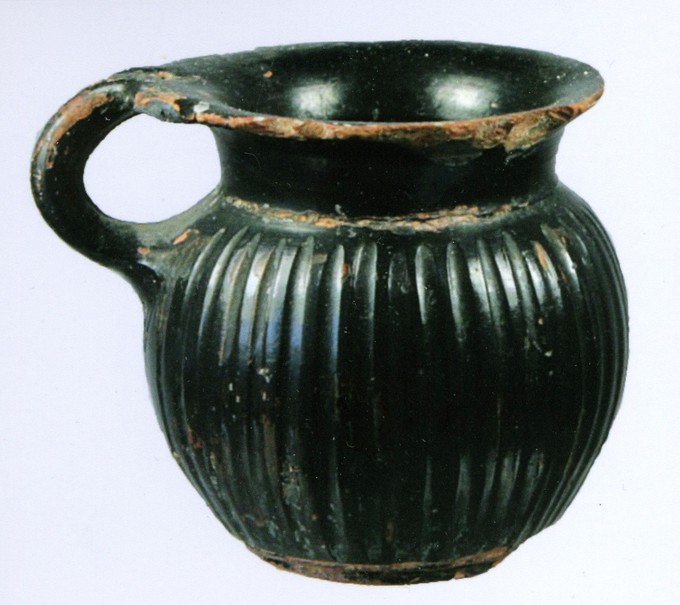