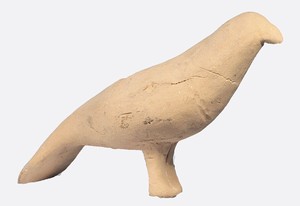 A temple or shrine offering almost certainly dedicated to Aphrodite, goddess of love with whom the dove was associated. Most likely offered by a woman seeking success in love or fertility. It is Pierced vertically, possibly to be displayed on a stand. From the colour of the clay, possibly from the Greek colonies in South Italy.   Greece had colonies all around the Mediterranean and Black Sea, especially on the coast of what is now Turkey, and in Sicily and South Italy 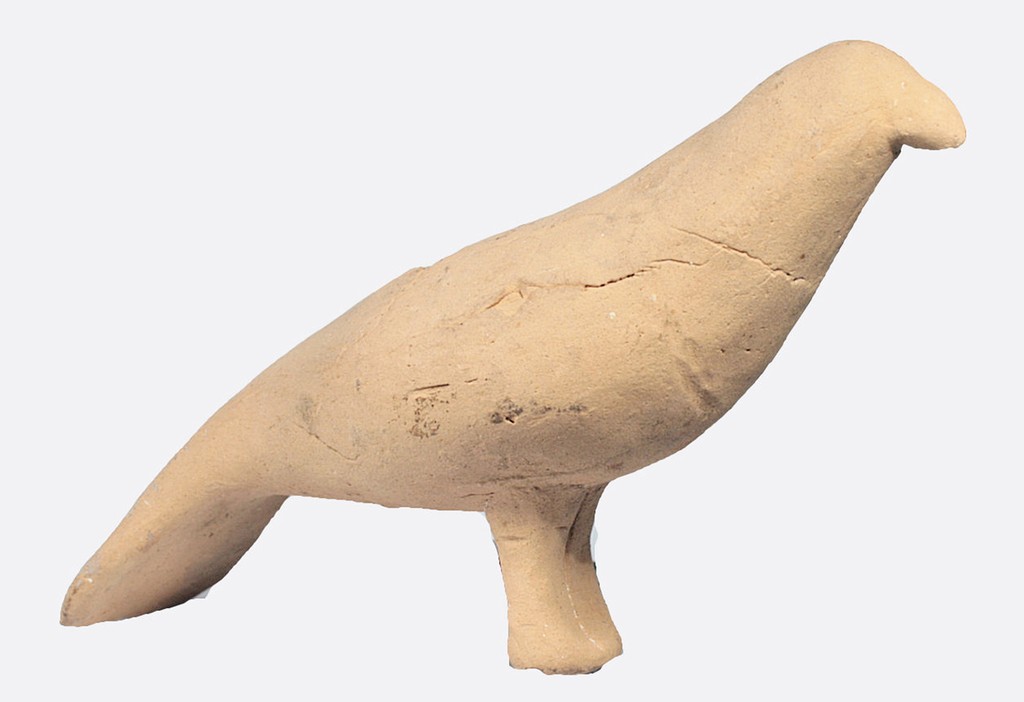