Sumer, is now South Iraq. The Sumerians invented the yoke for ploughing with oxen at this time. Beads are commonly found profusely in Sumerian graves, worn around arms, neck or head. These are the most humble kind, but they can be semi precious stone, glazed pottery, or glass which the Sumerians are believed to have discovered 500 years earlier, during the early smelting of copper. They may have been the first to make bronze at about the same time they invented the potters wheel (3500BC). Then about 3200 BC either they or the Egyptians invented picto-graphic writing (it used to be thought the Sumerians were first, though it should be said that a sort of proto-writing was used by the Vinca - centred around Siberia - as early as the 6th or 5th century BC).  Sumerian cuneiform (syllabic and alphabetic) writing followed in about 2000 BC.

(When bought the necklace had a simple metal catch (now changed) which was anachronistic for any jewelry at the start of the bronze age, but especially something so basic.) 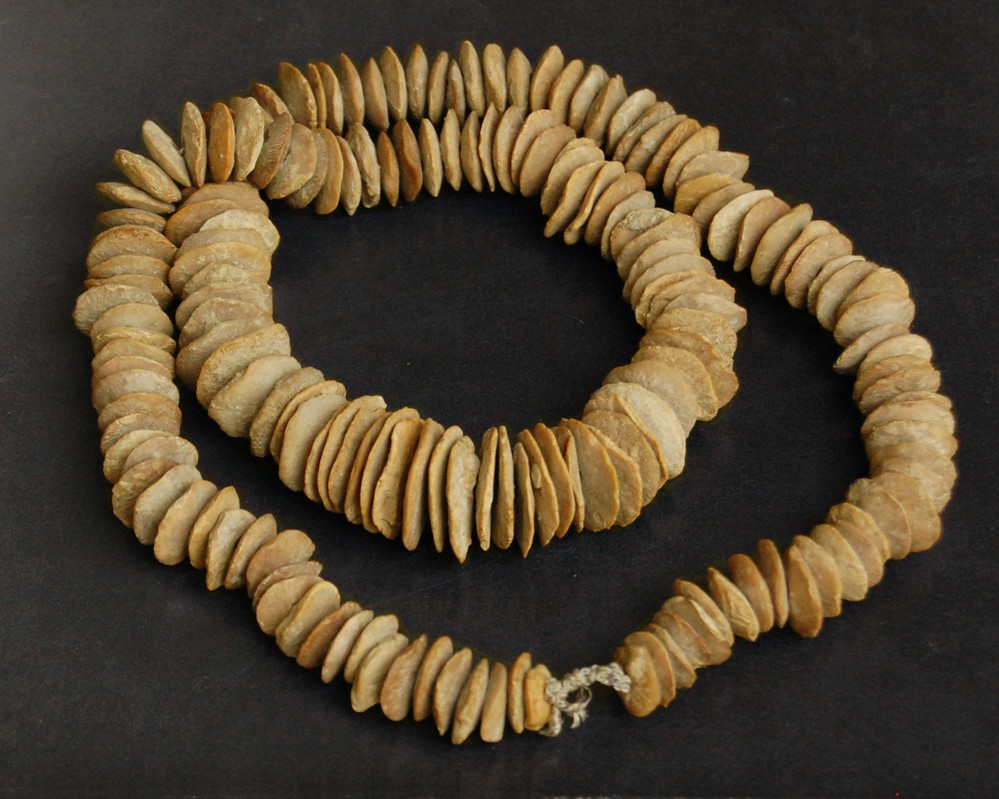