Made in the 'Palm Leaf' workshop near Salamis, and found mainly in the Karpas and East Cyprus. However D Morris (1985, p248) believes the motif derived from lotus petals (which point downwards), a popular motif of the CA symbolic of renewal and creation, probably of Egyptian inspiration.

Wheel-made; piriform body on a disc base; tall narrow neck with a trefoil mouth; handle from shoulder to rim; cream-white clay and slip, decorated with red and black paint: stylised leaves in 5 groups of three hanging from black ring around the neck, paint on on handle and rim. One crack, otherwise intact. 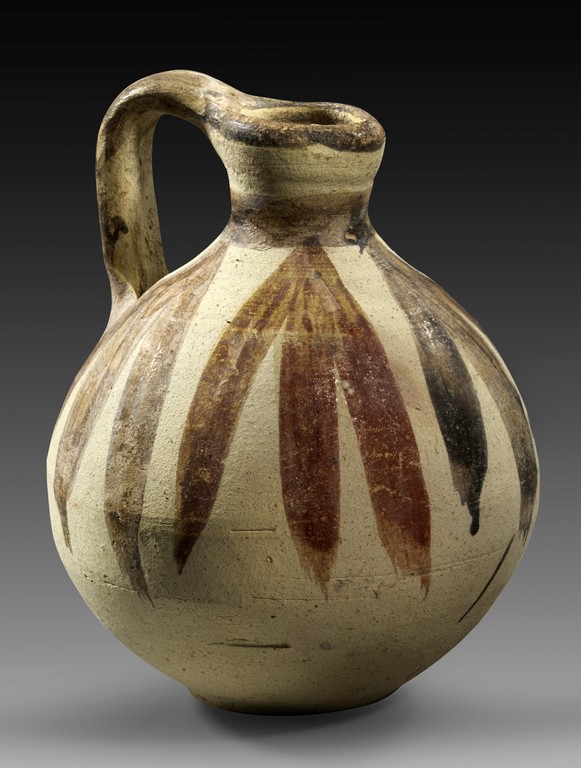