Proto Base Ring Ware follows Middle Cypriot Black Slip Ware and anticipates the small bilbil shape. As here it is similar to Base Ring I ware but without the base ring but the base dimpled inwards, rather than flattened.

A slightly flattened (carinated) spherical body  with narrow tall neck with damaged funnel rim. A strap handle from shoulder to mid neck, at applied ring. Applied decoration of two horizontal wavy snakes on upper body, heads facing down on each side of four long vertical applied lines, opposite handle, possibly representing their young. The snake, probably the notorious Vipera Lebetina, represents the underworld deity of earth and fertility.

Losses around the funnel rim and a small hairline crack on body, otherwise complete. 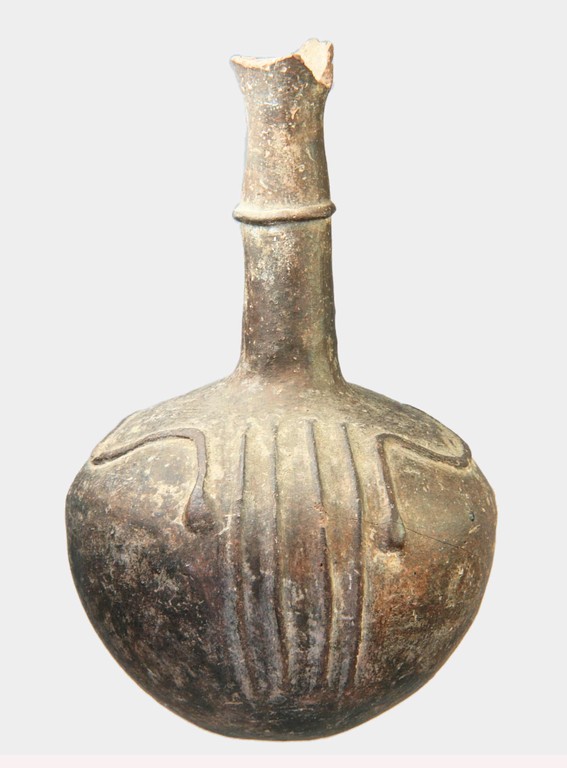