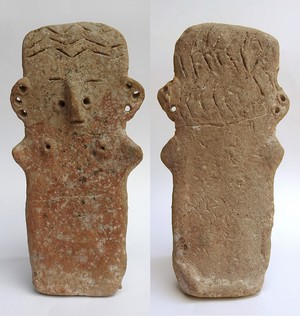 A Red Polished Ware female “slab” plank figure. Small, like many late examples. Plank figures were previously considered fertility goddesses, but now their identity and function is controversial, though many believe they are ancestor figures.Only a few of the early, classic, armless "shoulder" plank figures have breasts (around 10%) but the majority of the later ones do. Does this represent a move towards making explicit what was once assumed, or if they are ancestor figures has it become  possible for more females to take on that role? 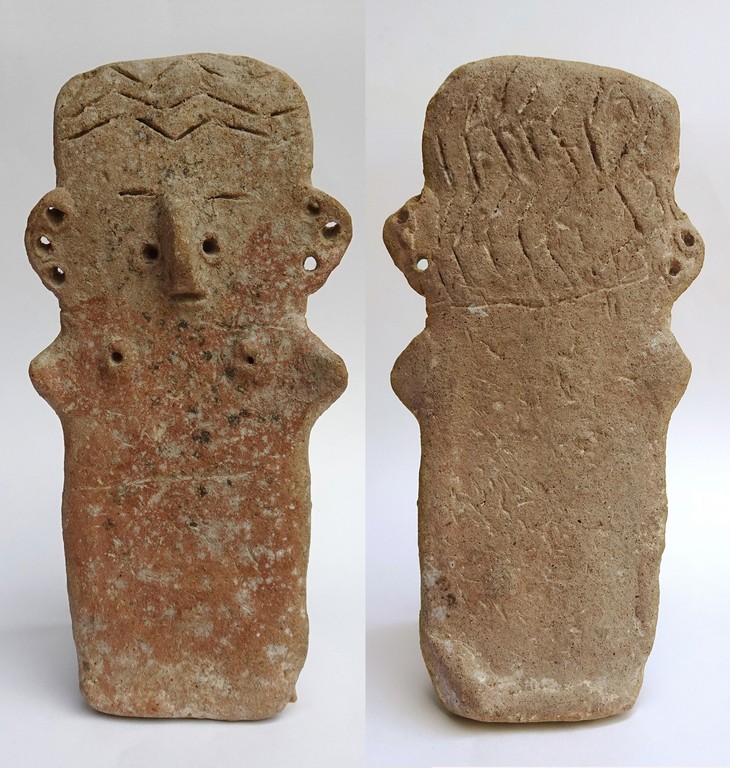