A unique stone pendant of pale green picrolite in the form of a flat cross, with the horizontal arms shorter but wider, and the top drilled horizontally for suspension. An ancient fracture at the back and a small mend at the top front.

This piece belonged to Desmond Morris, who argued that it was Chalcolithic and represented an abstract version of the familiar picrolite cruciform figures. Picrolite pendants were made in South East Cyprus from the Neolithic into the Middle Bronze Age, though by far the most in the Middle Chalcolithic, so it is difficult to be sure of its date. None of the known pendants is anything like this and, indeed, the cruciform pendant figures seem the closest. Is it a precursor of, or late Chalcolithic reference back to, cruciform figures, or indeed simultaneous? The formal similarity might be a coincidence but I don't believe so. However was the shape merely suggested by the picrolite cruciform figures, or was it meant to have a similar or linked meaning/use? 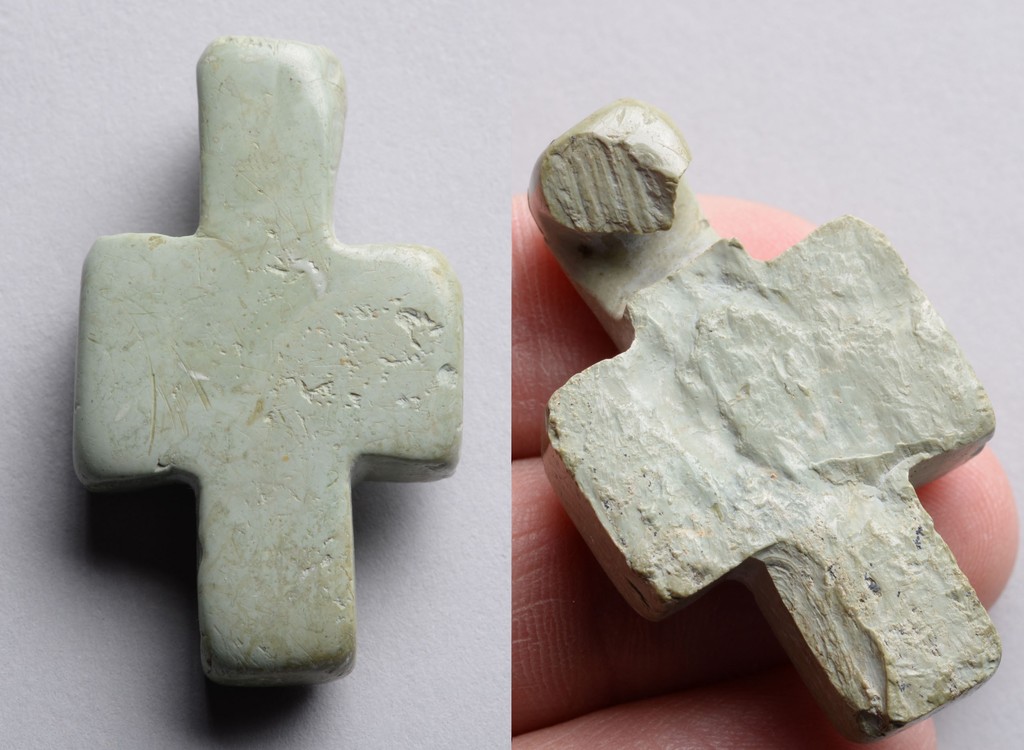