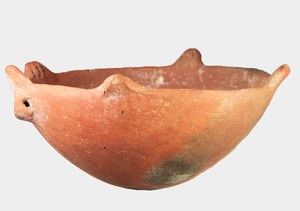 Middle Bronze Age mottled red and black pottery bowl with a nearly hemispherical body decorated with five vertical projections to the rim. The lugs are each incised with three lines on the interior and one is attached to a pierced lug on the exterior for suspension. When placed upside-down the bowl is reminiscent of a tortoise, the lugs forming four legs and the pierced protrusion imitating a head. Some versions of this bowl type have 6 lugs, the last possibly the tail. Perhaps actual tortoise shells were used as bowls sometimes in ancient Cyprus.  In this context it has been suggested to me that the Tulip bowl in Desmond Morris' The Art of Ancient Cyprus, Pl 168 might also refer to a tortoise.  Complete with some minor accretions. 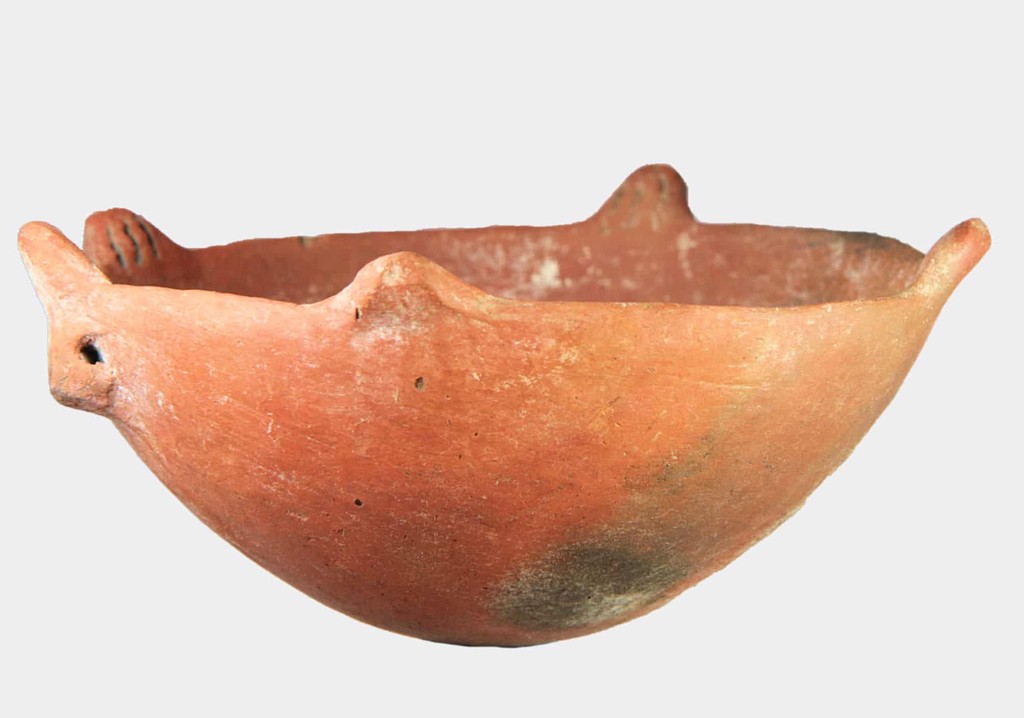