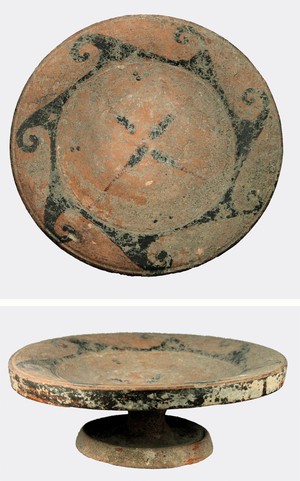 A common Etruscan design of genucilia (what Romans called patera), often seen in Etruscan and Roman paintings used for offerings to the gods. (The Etruscans were a league of city states and became a culture distinct from the earlier Villanovans in 8th century BC. They were strongly influenced by Greek culture, particularly through the Greek colonies of South Italy. They eventually ruled most of north and west Italy, roughly north-west of the Tiber, plus Corsica. They are a rather mysterious people, known through their objects and Roman accounts, since they left only a few inscriptions (in an alphabet written right to left) and only some of the words are understood. The Romans achieved independence from them and gradually conquered their lands during the late 4th century BC but retained a huge amount of their culture, and also their technology such as aquaducts and sewers, and the stone arch which Classical Greece never had. They finally assimilated Etruria in 264BC, though the Etruscan language and culture persisted into the 1st century BC). 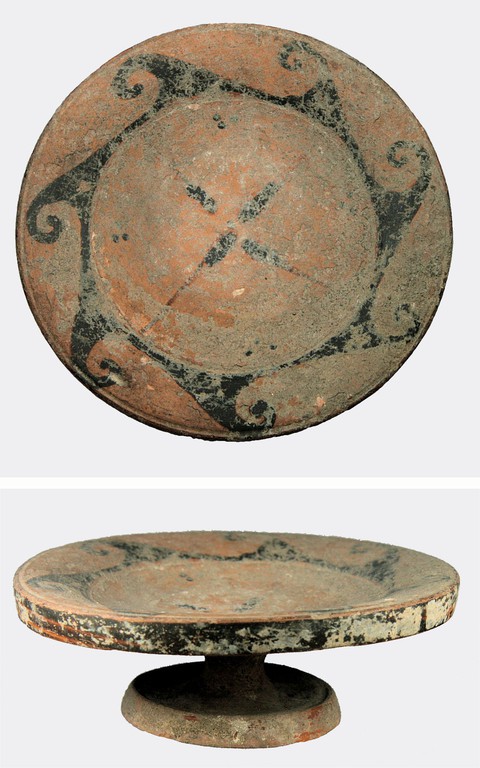