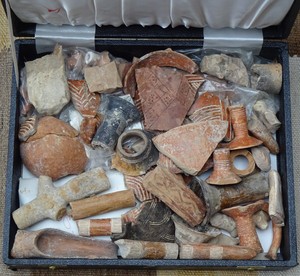 These fragments, left over from the sale of his collection, were given to me in this case by Desmond Morris April 2021. Mostly Early/Middle Bronze Age Red polished Ware, including 1/3 of a pyxis, but also Early Iron Age figurine fragments. He said that sometimes such fragments were included in a mixed box of complete vessels at auctions, plus a few parts were from restored pots to which they did not originally belong.

201 L  Head of (?) horse. Eye from flattened disk with hole at centre. Loops of clay between eye and hole (?)missing eye. (Cypriot?)

201 M About 20 fragments (some reassembled) making about 30% of a Pyxis in Red Polished Incised Ware , including 2 handles. Early Cypriot III- Middle Cypriot I

One is Red Polished Incised ware, the other plain Red Polished, with partly shaved surface.

201 Q - onwards Many other fragments including 9 spouts from EC/MC vessels, either Red Polished or Red/Black polished, including several from tall-necked vases such as Annex 57 & 125, and section of 2 small plain bowls. 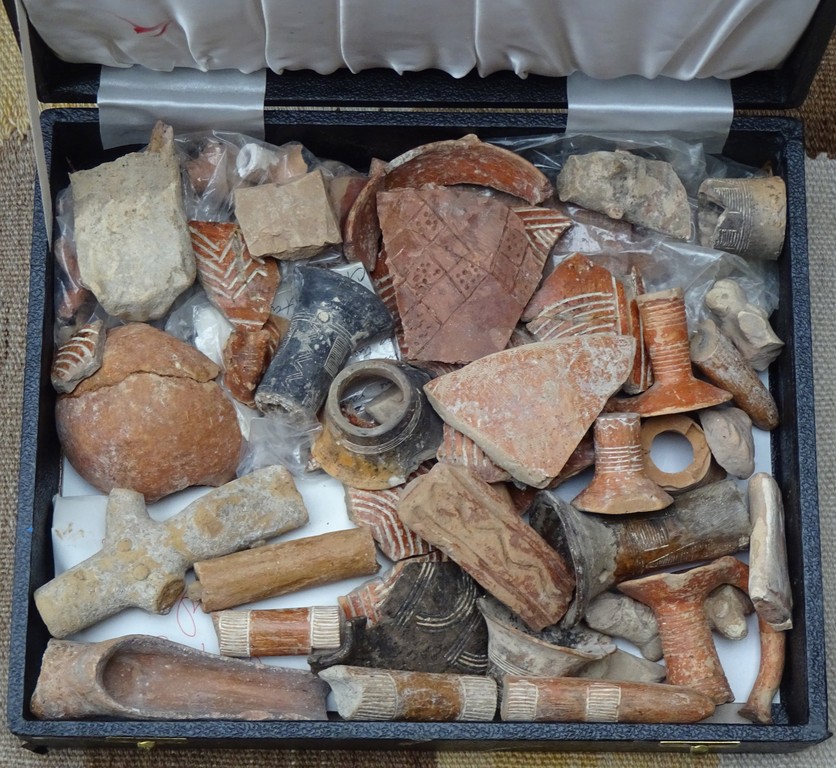