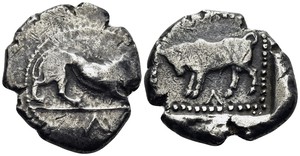 In the 20th century there was no coin agreed to be from Kourion,though there were several candidates. The sign Λ is a Paphian variant on the normal Cypriot syllabary 𐠍 pronounced go or ko. It was used in Kourion between 480-450. At one time this silver coin type was tentatively attributed to Golgoi (or briefly to Soloi) since the ancient spelling of Kourion was thought to begin with ku 𐠎 . However an inscription was found in Kurion spelling it’s name ko-ri -o, and since Golgoi was a walled town with an important shrine, but not a city kingdom, and thus unlikely to mint coins, this coin is now widely agreed to come from Kourion. It follows the standard Cypriot weight of around 11g.

Kourion took part in the Ionian revolt (499-493 BC) against Persia but changed sides at the Cypriot land battle of Salamis, along with the Salamian war chariots, thus assuring a Persian victory. This spared Salamis, and probably Kourion, from being besieged.

(Ex the Trausnitz Collection, acquired from Athena Münzhandlung on 26 June 1998.) 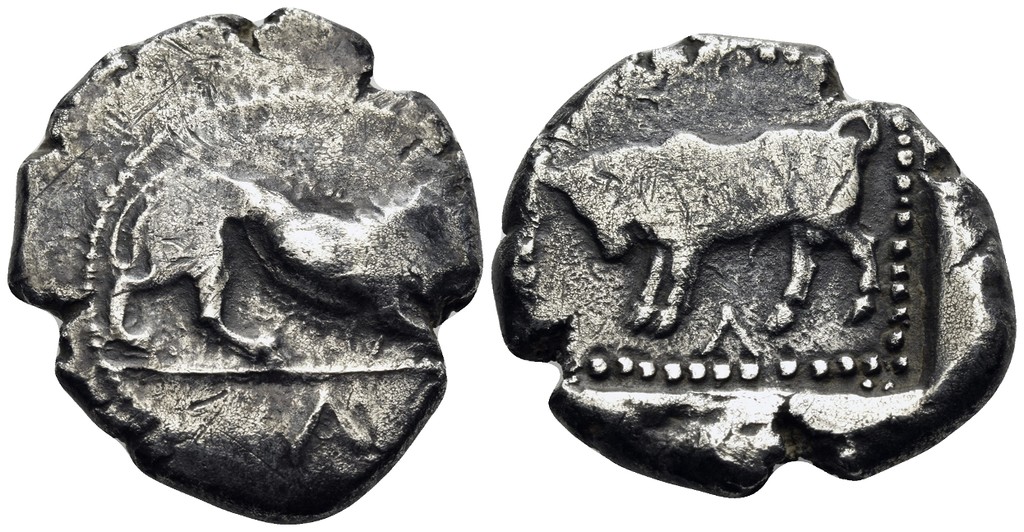