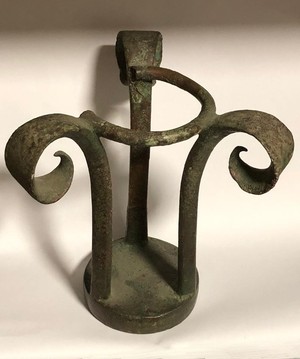 Upper half of a heavy, bronze, so-called lampstand, now usually identified as an incense-burner stand. A bronze disc, turned down at the edge, supports three rods, flattened and curled around at their ends in a leaf-like shape and joined at the top by a ring (partly missing here) which would have supported the lamp or incense-burner.  These stands, of almost identical design, though varying in size, have been found around the near east and across the Mediterranean, including Samos, Iberia, Etruria, Sardinia, and some in the Levant. However the majority (over 50) have been found in Cyprus and this example is said to come from Cyprus. They were all made in Phoenician colonies or in imitation of Phoenician prototypes.  In Cyprus they have been found especially in Salamis, Kourion, Amathous and Tamasos, but not in the Phoenician dominated city-kingdom of Kition.

(For lower half of the same or similar stand see next item, Annex 185. The two halves were said to have been bought in different decades and were sold separately by Moussaieff family members, so though they can fit together it is probable they were discovered in different locations.) 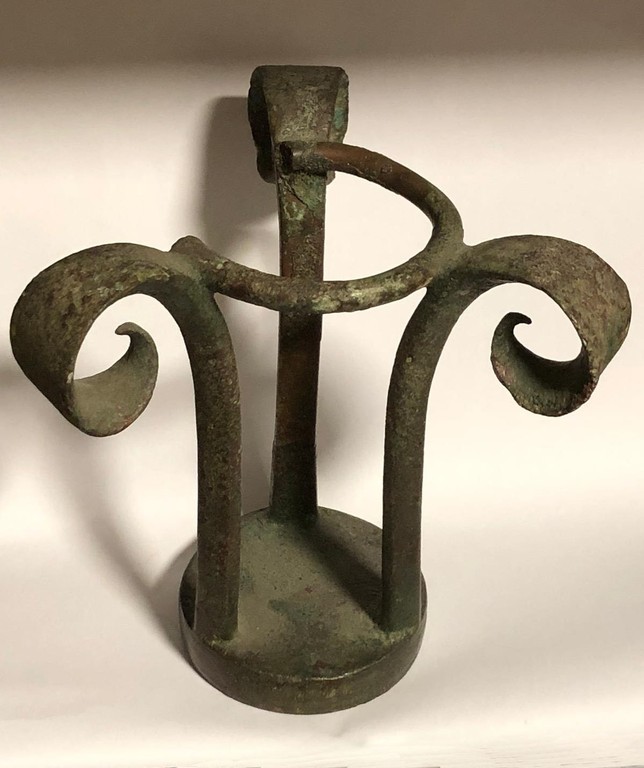