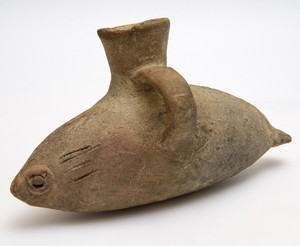 Extremely rare Base-Ring fish-shaped vase or askos with horizontal tail fin with 6 incised lines, and applied pellet eyes with inscribed circle.  4 horizontal incisions behind each eye and on right side, and 3 behind handle. Central upstand-spout/filling-hole, with traces of white painted band around its base, and with strap-handle on left side from near its base to fish mid-line.  A few tiny specks of a shiny mineral seem to be embedded in the fabric.

The pellet eye with inscribed circle is a marker or almost all Late Bronze Age Cypriot animal and human pottery representations, generally, as seems the case here, in a Base Ring fabric. It was possibly inspired by Mycenaean or Egyptian examples (in Egypt the fish was generally a symbol of rebirth).

Due to the lack of any close parallel, doubt has been cast on whether this piece is Cypriot, but a Cypriot archaeologist I consulted believes it is Cypriot. 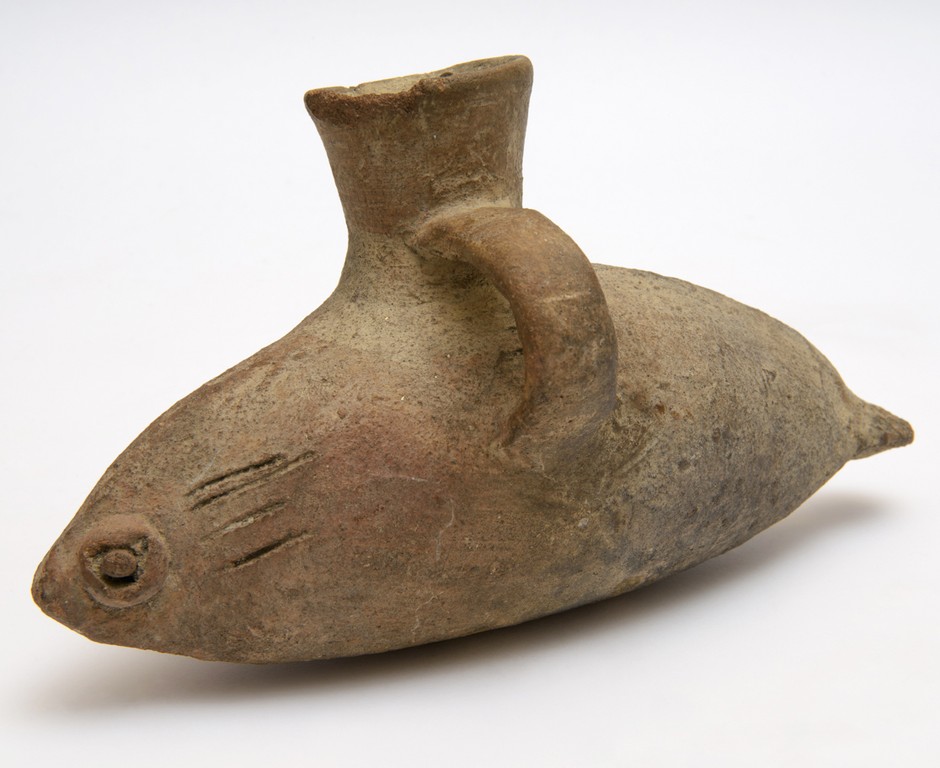