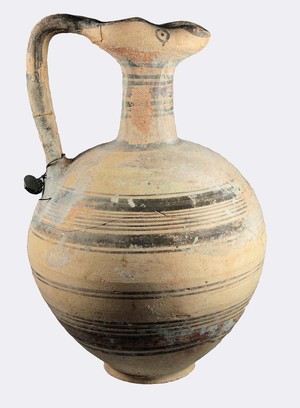 White slip coated pottery with painted decoration. The painted eyes below the rim are common on Cypriot Early Iron age jugs and give it a persona. It is probably from later in this period - late Geometric or Archaic I (800-650 BC). Cypriot Early Iron Age jugs were normally tubbier than this. The unusually slim neck and somewhat tri-lobed rim suggest the influence of Greek oinochoe. Repaired from 2 pieces with some surface accretions. The Cyprus Museum official lead export tag is still attached.

During the Geometric period Cyprus became culturally and linguistically dominated by its Greek immigrants.  It was divided it into 10 kingdoms, in the manner of the allied Mycenaean city states. In the 9th century the Phoenician Kingdom of Kition became the most dominant of them though outnumbered by the "Greek" states.

Early in the Archaic period which followed, Phoenicia called on Assyria (to whom they paid tribute) for help against the Greek Cypriots and shipped Assyrian troops to Cyprus. The whole island ended up paying tribute to Assyria. However, under the Assyrians (709-663 BC) Cyprus remained largely independent. Then, after a short period of actual independence they had to submit in 570BC to the Egyptian Ahmose II and pay tribute, but still remained relatively independent. In 526 the Persians, having conquered Egypt, conquered Cyprus and by the start of the 5th Century Cyprus was fully absorbed into the Persian empire. 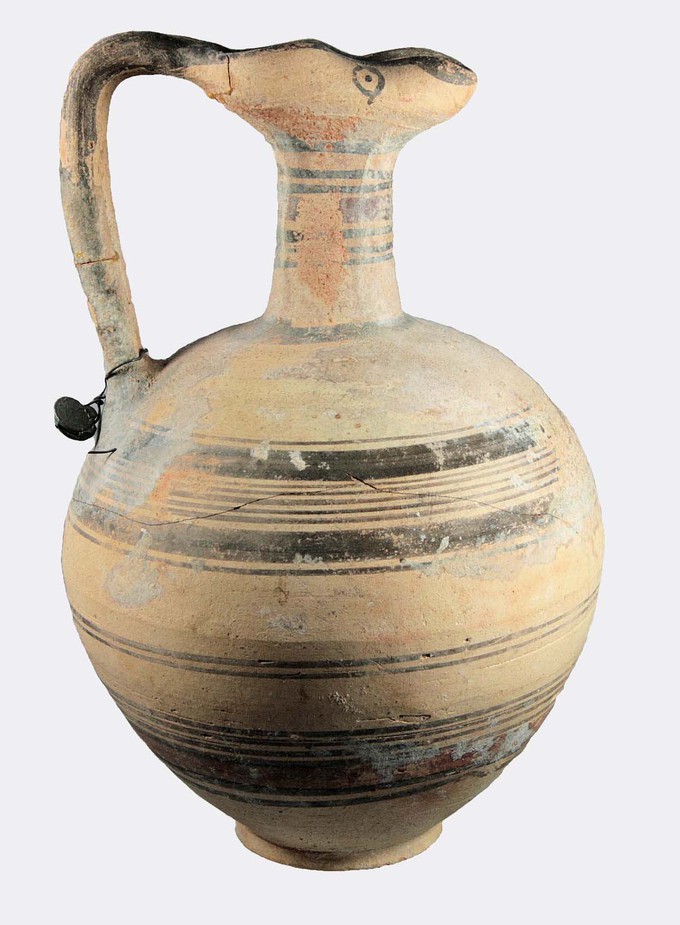