An askos (vessel for pouring small amounts of liquid, such as oil) in the form of an animal with bulbous body, four legs and a face on the spout suggested by three pierced lugs.  This face is similar to that on my tall necked RPWflask, with the side lugs suggesting pierced ears (or even eyes) and the third lug a nose.  Seven other pierced lugs decorate the vessel  making it  similar to "String-hole Ware" though this is normally made in White Painted Ware. There are also 9 chain-link or twisted looking relief decorations, similar to those on my late MBA "Tea Pot", 7 radiating from the loop at the centre of the back (two rather snake-like) and three like necklaces at the front.  In the funeral context it probably had a ritual use, for example to pour libations.This is probably Drab (rather than Red) Polished Ware from the second half of the Middle Bronze Age.  Drab ware was made in Southern Cyprus. 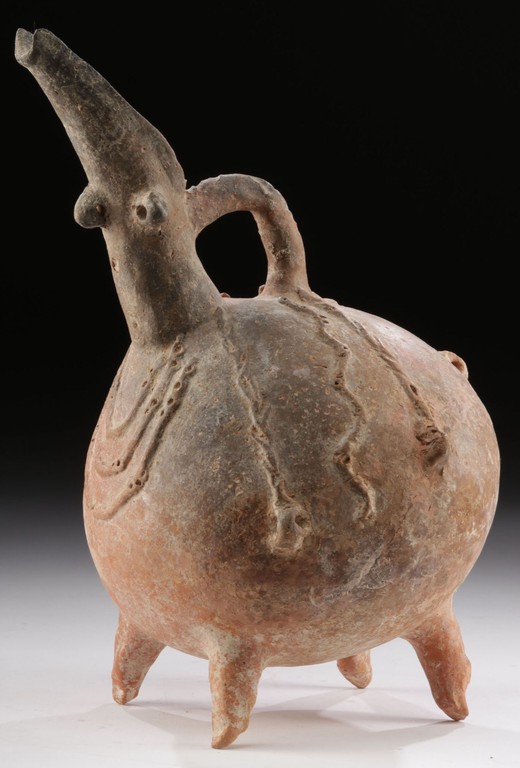