Large flagon probably made specifically for the funeral feast and possibly to serve wine or beer. Elaborate and impractical pieces such as this would have expressed and reinforced the status of the giver. It has been argued by Priscilla Keswani that most dead bodies in this period were given a temporary simple burial till the flesh had disappeared from the boners at which stage, when the process of death had ended, the person was able to become an ancestor and their bones reburied (often with one or two others) in the kin-group tomb, cut out of the soft limestone. This would also have given the mourners time to make and assemble the gifts of pottery and bronze etc, plus animals and alcohol for the feast. Earlier pottery often featured horned animals, believed to have been male fertility symbols. Later birds become a feature. Possibly they represented the spirit. Alternatively it has been suggested that a kind of “sky burial” might sometimes have been used (as in Tibet) where bodies were defleshed by carrion birds, but there is no proof of this.

I now have 4 large flagons of this approximate size and shape. 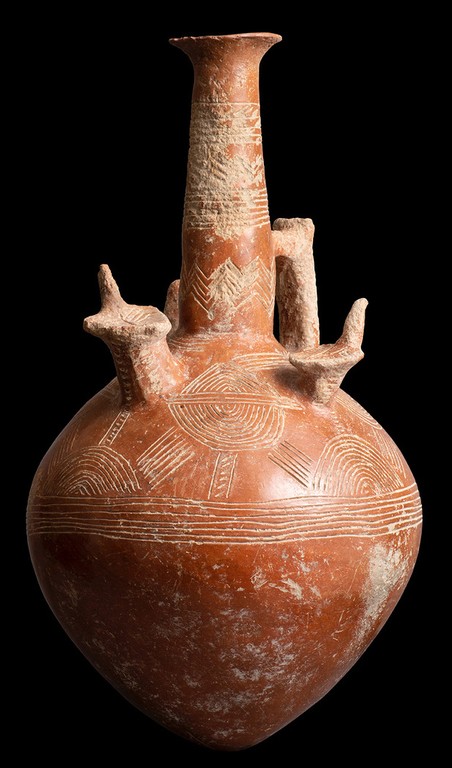