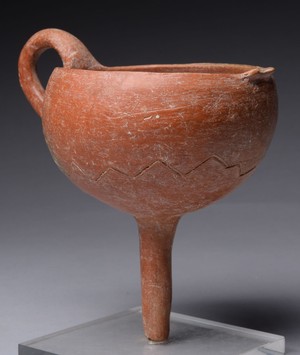 A very rare Bronze Age funnel.  The shape as a bowl with handle, or even a dipper, would be more normal but as a rounded bowl with funnel base and handle I only know one other, in the British Museum, though I imagine the Cyprus Museum must have one or two.  The BM one is slightly cruder with a more open bowl shape and horizontal, Proto wishbone-shaped handle. I know of two funnels of a quite different, more conical shape and no handle.  It is also slightly reminiscent of very thin stemmed bowls with solid base from the ECIII. Desmond Morris calls it Early Bronze Age.  I think it is most likely to be Early Bronze Age III or Middle Bronze Age I.  I am unsure, though, during what periods the double horn projection on the rim was used on Cypriot bowls. 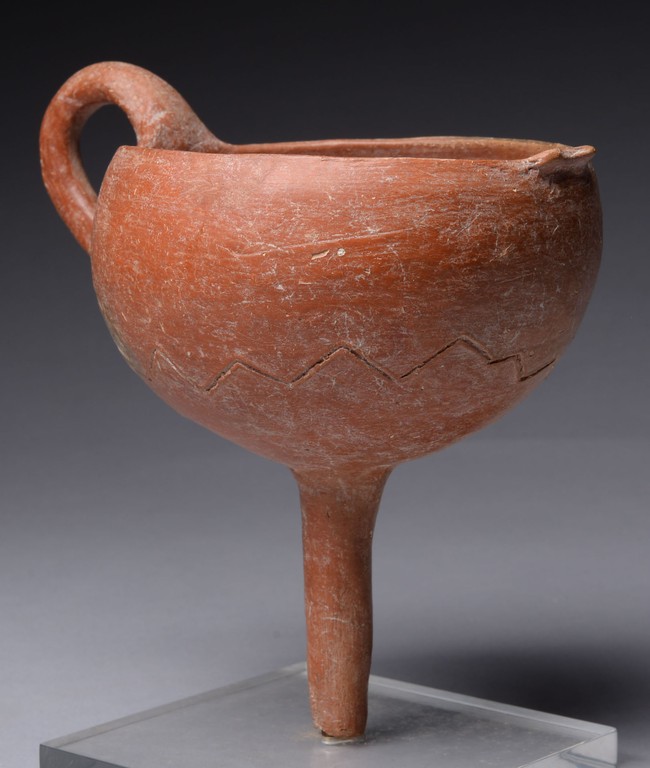