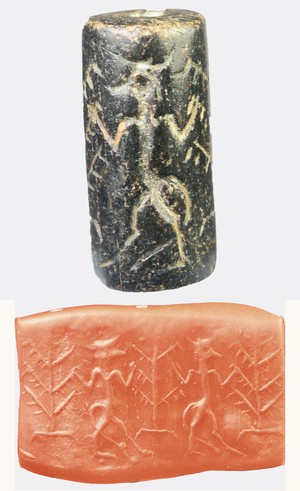 The sacred tree or Tree of Life is a regular feature of Sumerian and other Middle Eastern and Cypriot seals, often depicted in exactly this form with down-turned twigs (as in the British Museum's so called "Temptation" Sumerian seal.  In Mesopotamian seals mythical beasts are usually full face and bearded and almost always shown in contest with a hero. Here the style is relatively quite crude figures are closer to Aegean types of bull-man with heads in profile and relatively placid poses.  Though the heads are clearly of bulls, the bodies are quite human in pose though with many details such as the back legs more animal-like, and an animal tail. They seem to be holding a branch of the tree and should probably be seen as flanking (perhaps guarding) the sacred tree.

Although not Cypriot for certain the stylistic features make Cyprus the most likely source. 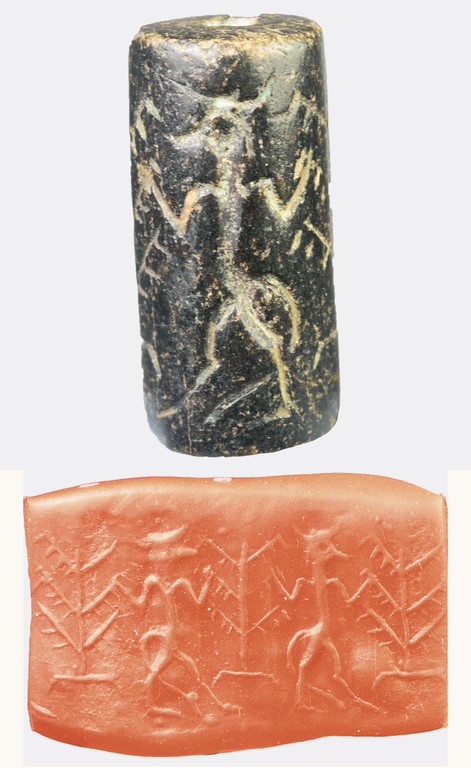