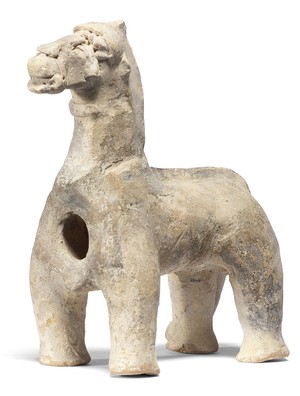 An unusual large, heavy, terracotta, early-Archaic horse with harness and trappings, long mane and long tail.  It may have been a votive offering. The body is hollow with an opening at the front, reminding me of the so-called hole-mouth bulls of the Middle Bronze Age, which had a similar hole below in the upper chest.  such holes in animal figurines are usually described as a vent holes, but the size of the hole suggests it had another use, possibly to contain a dedication.  The object may have been a votive offering.   There are faded black-stripe decorations.  For a similar, slightly later example cf. V Karageorghis, "Cypriot Antiquities in the Pierides Collection, Athens, 1973, p145, no.91.  Also cf RDAC 1978.

A rolled note inside says "RDAC 1978 plate XLVIII No196 Kasaphani, Cypriot Archaic" Kasaphani presumably being the find site of that piece 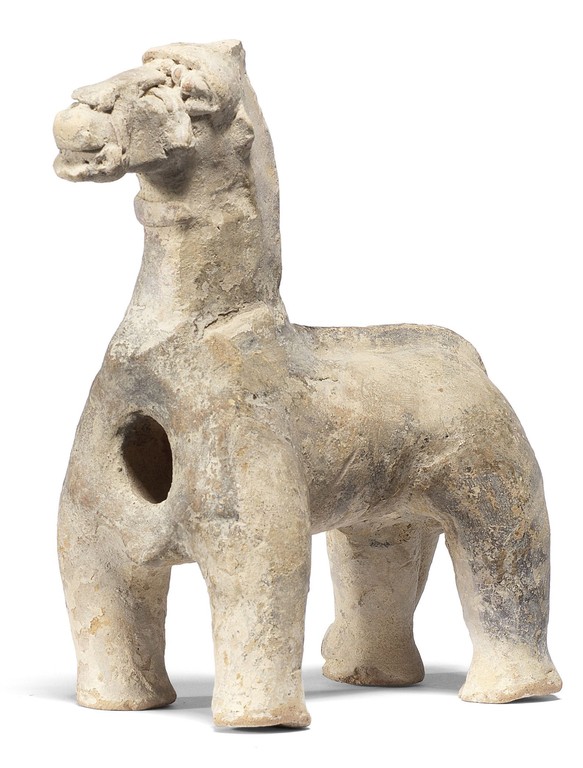