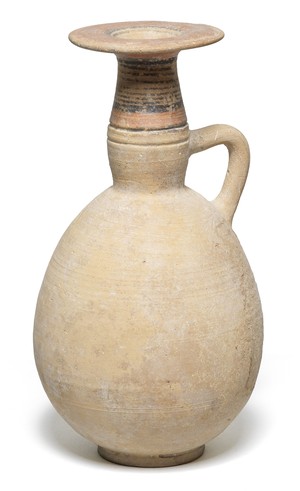 This elegant large bottle is of a design typical of the Phoenicians, who had a colony in Kition, Cyprus (now known as Larnaca).  Even the painting only of the top part is common for them. The Mushroom Bottle, named after the flat, wide rim, has been called the calling card of the Phoenician civilisation, found in the Levant, Carthage, and many other places.  However the application of paint on the top section of the bottle is typical of Cypriot Bichrome Ware.  As such it is very unusual.  More general influence, especially of the neck and lip of this shape, is found more widely in Cyprus in smaller bottles, usually painted with more normal geometric Cypriot patterns.  (I have used the term "Cypriot-Phoenician for this bottle, but the term is often applied to Black on Red Ware.) 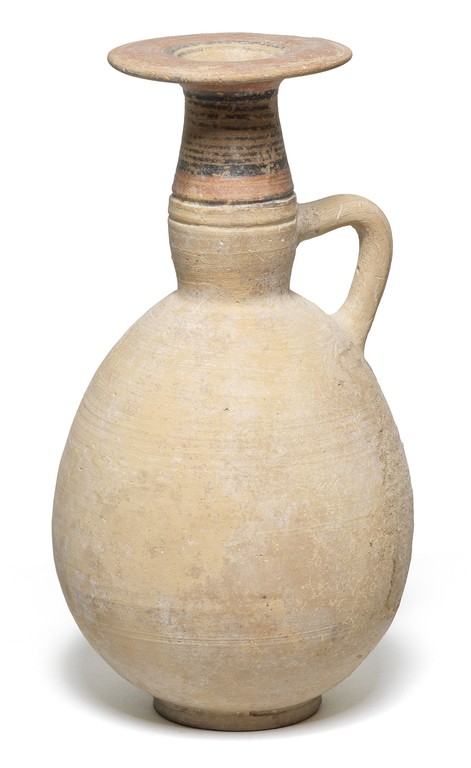