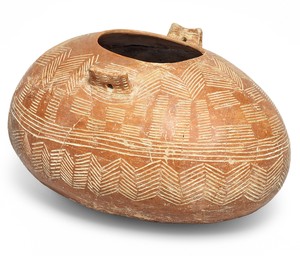 Red Polished Ware Pyxis (storage box with lid) from Early Cypriot III.  This egg shaped Pyxis type is relatively rare and quite specific in date and is not found in any other period. The lid is missing. The holes in the upturned flanges would have corresponded with holes in the almost flat lid, usually in a corresponding central upstanding flange or, in at least one example with no flanges in either position, merely piercing the lid and container surface and would have been used to tie it in place. In contrast to more usual plain storage containers this type of Pyxis is highly decorated and clearly meant for a precious content. Although it is reconstructed from several pieces and a large part of the lip is restored it is almost certainly from a tomb and may have been made specifically for the funeral.  Some of these pyxides have 2 figures standing on the top, either anthropomorphic or zoomorphic or one of each.  There may be two humans or one with a bird, or a bird and a bull or (in one case) 2 birds and 2 stags alternating. The anthropomorphic images in all but one case are plank figures (which I believe represented ancestors) or on one case a plank is paired with a figure as found in the pottery scenic model of ploughing, presumably representing a living person.  In this case (a Pyxis in the Cyprus Museum) there is a plank figure with breasts carrying a baby, facing a figure assumed to be male.  Could this have represented a woman who died in childbirth and her living husband? 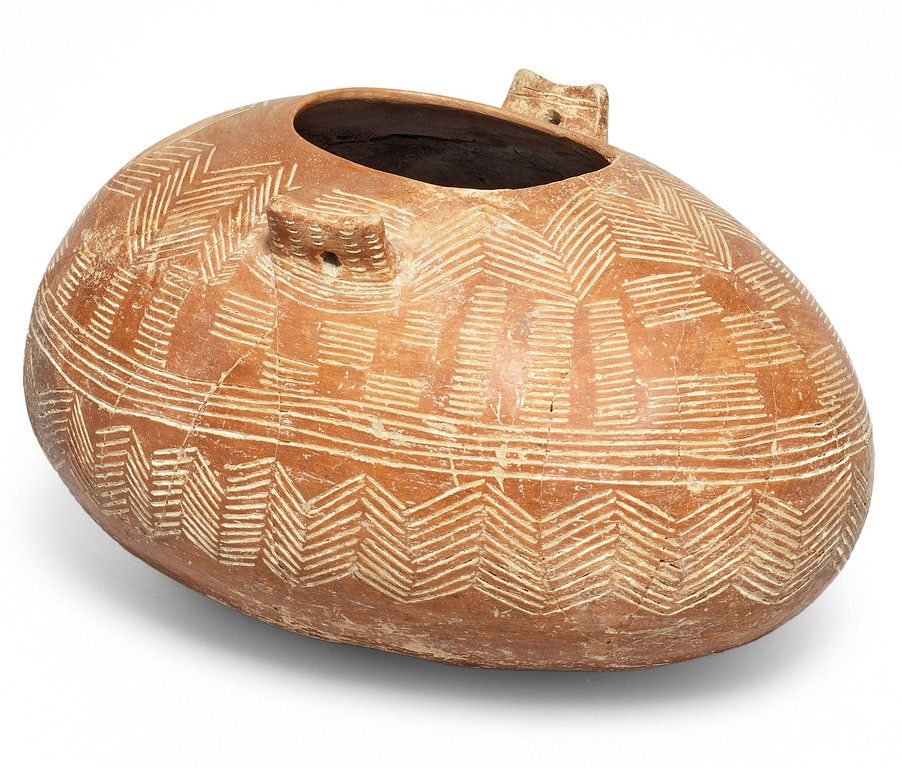