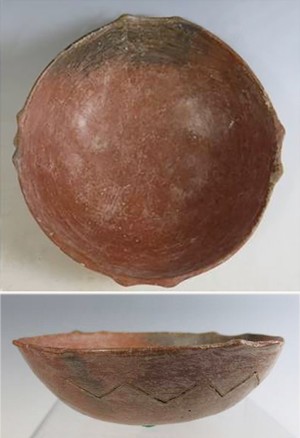 Small, shallow red/black mottled Early Cypriot bowl with zig-zag decoration and decorative protrusions on rim and pierced lug at side. Such shallow bowls are fairly unusual, though I have seen one almost identical, dug up by a Cypriot friend while making a pool in his garden (and registered with the authorities).  The small decorative flanges on the rim seem to date it to the Early Bronze Age, probably EC II-III. The variation from red to black of the surface relates to degrees of oxidation or reduction in the kiln of the iron oxide in the clay slip. 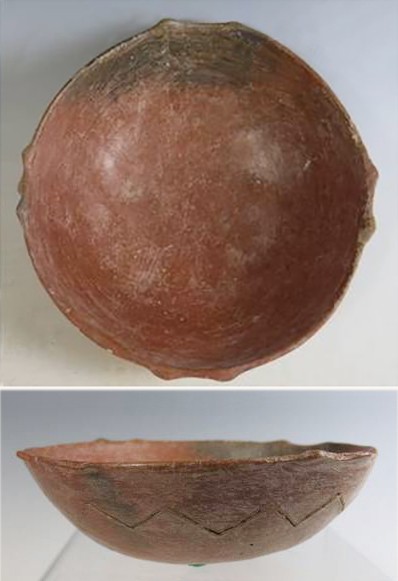