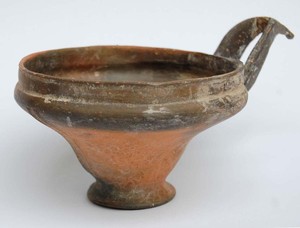 A thin walled bowl with decorative lines in relief and a wishbone shaped handle. The wishbone handle is characteristic of Cypriot wares but this is the most elegant version. (For historical background and details of Base Ring I Ware see previous entry) This design was a popular one, and like much Late Bronze Age Cypriot pottery was exported to many countries in the region. (They were nearly as popular as the White slip ware Milk Bowl, though not as common as the mass of Bilbils in their small and large versions: see below). This one was found in Israel, north of Jerusalem. The shape continued in Late Bronze Age II and IIIa (1450-1100 BC) as Base Ring II, which is very similar but more monochrome buff and without the ribs, and less crisply moulded rim/body junction.

Throughout the Bronze Age in Cyprus, from Early Cypriot (2300/2400BC) through Late Cypriot IIC (1200BC) most burials (at least most high status ones where  objects such as this are usually found) were in rock cut tombs in (usually) limestone, often prone to flooding. Consequently many objects have calcium carbonate deposits on them and may have floated around. The body was laid on a rock cut bench, or in niches for children and infants and the vessels and other objects and offerings were laid on the floor. Late Bronze Age tombs in particular had very rich contents with large numbers of pots, bronze objects and gold, silver and stone jewellery plus faience, glass and ivory etc. In the last, Late Cypriot III period of the Late Bronze Age, Shaft or pit graves were used. 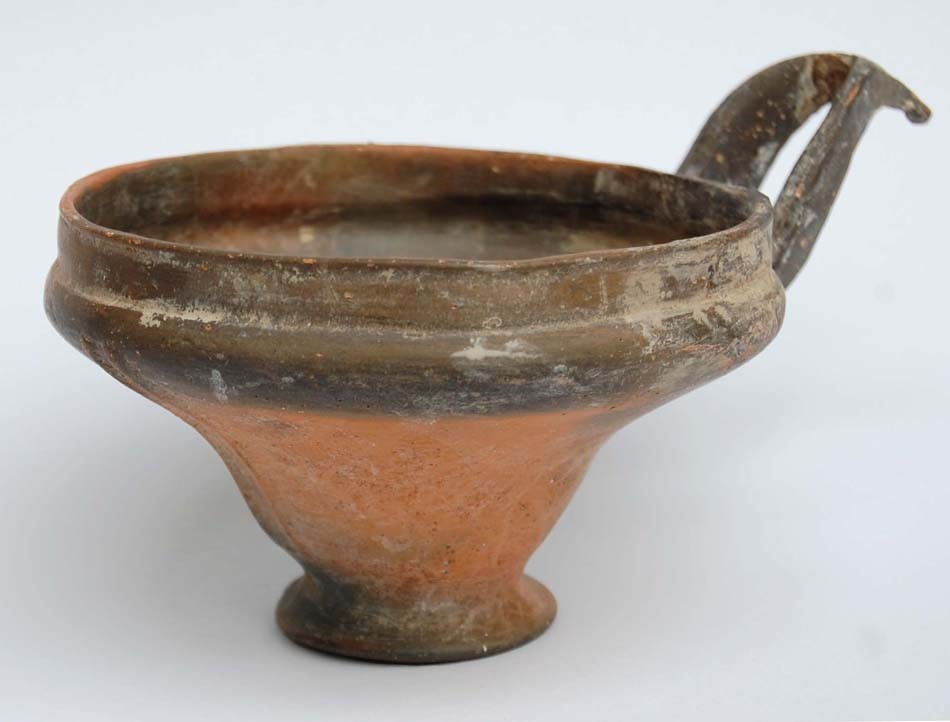