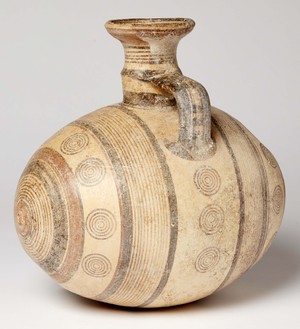 Fine, large Archaic Bichrome barrel jug made in two pieces on the wheel and then joined, and wheelmade neck and handmade handle added.  The complexity of the process has led to some slight deformations in the main body. Typical Archaic decoration of concentric circles in red and black.  Vessels of this type started to be made in the Cypro Geometric III and could be in the form of tiny juglets less than 10cm tall 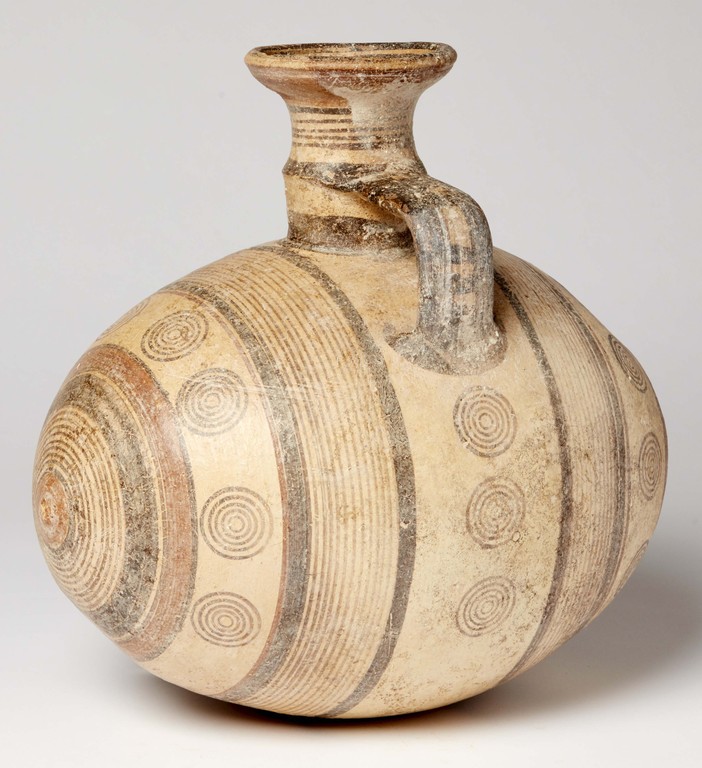