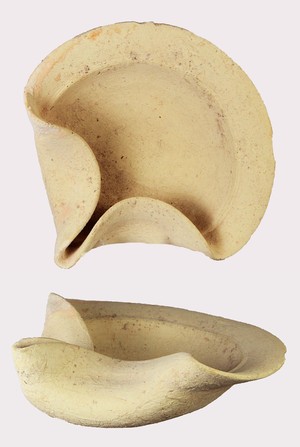 A plain pottery saucer-shaped wheel-made oil lamp with a pinched spout and flat rim, a type sometimes called "cocked-hat".  The wick was laid in the spout.  The type existed for a long time, from the Late Bronze Age to the end of the Classical period, and was superseded by closed types. Earlier versions did not have the flat outer rim.

Some small chips, but no soot staining which might indicate it was not used before deposition or just possibly was scoured by regular inundation. However it is possible that lamps put into tombs or given as votive offerings might not have been used.

(Ex. private collection, Lincolnshire, UK; acquired in the 1960's. The underside of the rim is inscribed with a Cypriot export permit reference number: S.R. 5019/68 indicating authorised export from the island.) 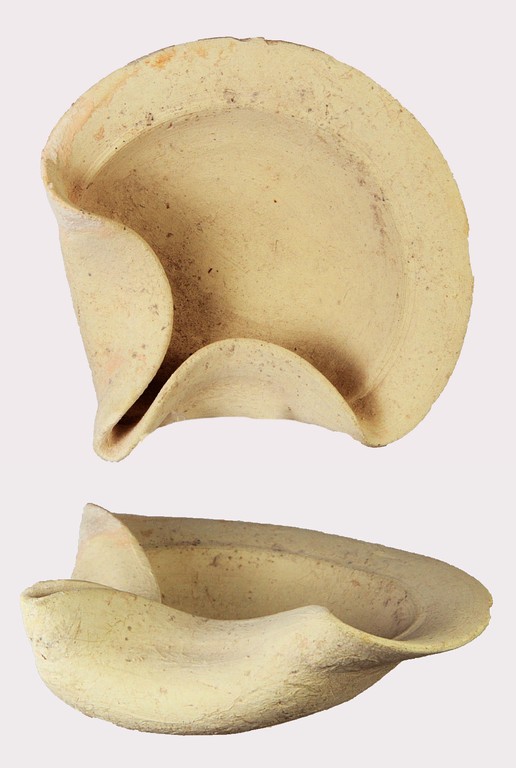