This zoomorphic jug or askos is normally assumed to represent a stylised bull, the head replaced by a spout.  This is a relatively rare type (Daisy Knox has traced 25) which varies so little that they are probably all produced in the same workshop at the end of the Middle Bronze Age.  However they were produced at a time of greatly expanded trade within the island and mass production, so they are found all around the island (except the SW) and were even exported to the Levant.  Daisy Knox called them square bull askoi so I have followed her.  The left and right legs of this type are only divided at the bottom and the Handmade White Painted Ware fabric is always painted with a similar simple dark design (here flaked off in some places, which is frequently the case with handmade White Painted Ware). However I notice a similar piece in the British Museum is marked as Late Bronze Age (1600-1200 BCE) despite being White Painted V - VI.  Is this a mistake? 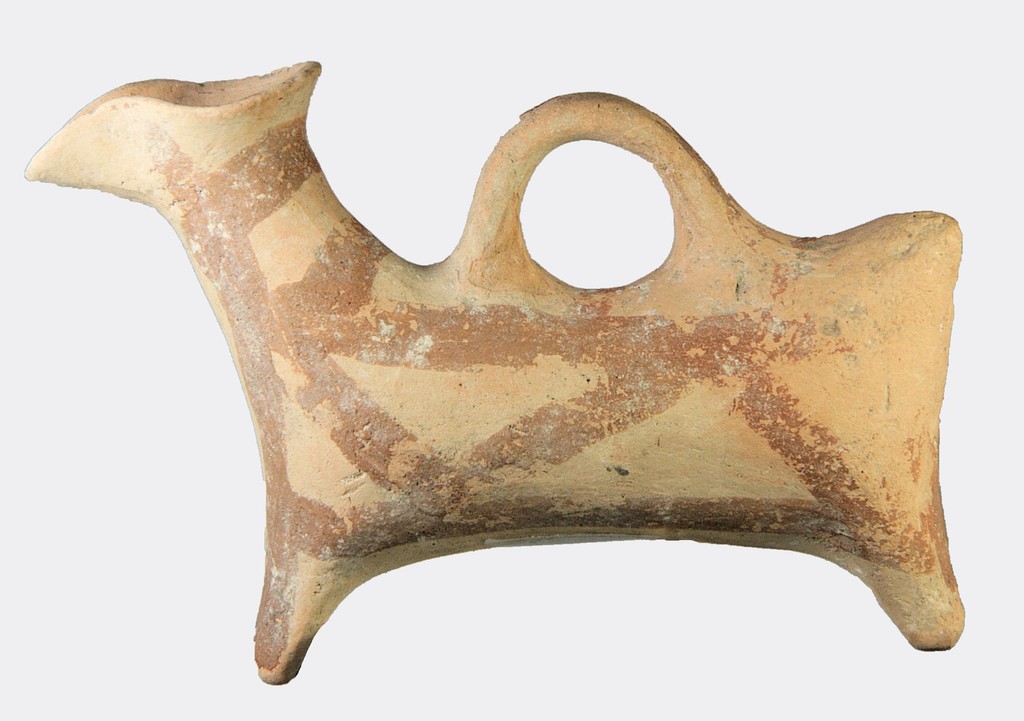