This Red Polished Ware juglet is a quite well known shape from the transitional Early Cypriot III to Middle Cypriot I period (sometimes a bit larger and possibly for oil), particularly found in Dhenia, but also Alambra-Mouttes and Marki Alone etc, rather than the tall cut-away spouts the period is better known for.  The long, thin spout is a nice feature of many smaller jugs at the time.  The zig-jag lines with dots at the joints are the usual decoration of these and interestingly very similar to the diagonal lines with dots at their ends found on many plank figures - initially taken to represent arms, and now generally agreed to refer to the long, bronze pins used to secure clothing. This seems to show that the surface markings derive from pot decoration, which is then used to refer to clothing and jewellery. In this case, as with all versions of this pot design I have seen, there is no lime in the decorative incisions, though this may simply have been lost. 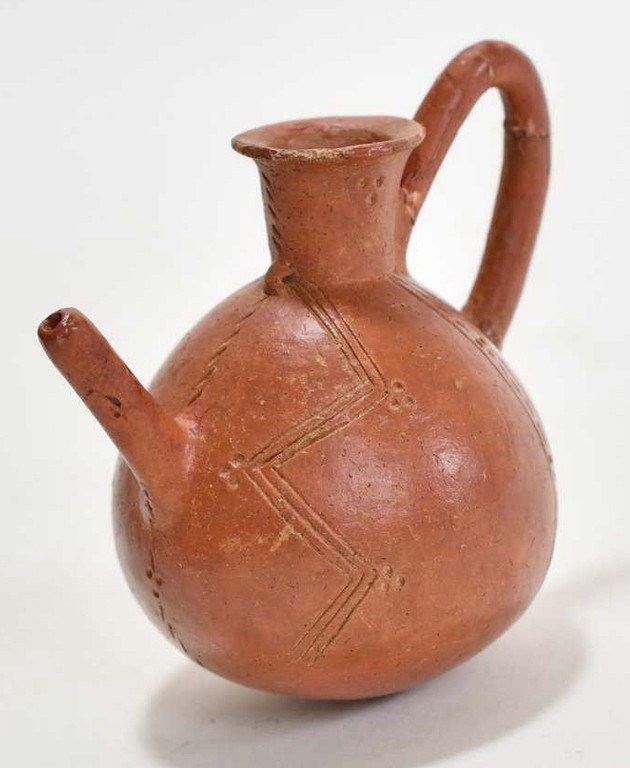