A Base Ring I Ware grey slip pottery double-bodied bilbil or poppy flask with a single conjoined handle.  This is a continuation of the early/Middle Bronze Age tradition of complex vessels formed by merging multiple simpler forms.

Two 19th Century ink inscribed labels on both bases: "Egypte" and "107" so  probably found in Egypt, as many Cypriot bulbils have been. Both the smaller and larger types were much exported, particularly to Egypt and the Levant.One of the single smaller type such as this has been shown to contain opium (though the test has since been questioned) and the shape when inverted suggests a poppy seed-head.  However the chief export to Egypt was copper.

Surface chips as seen in the photographs

(Ex. private collection, London, UK; acquired in the UK between the 1970's-1990's. Labels indicative of a mid 19th Century collection. Published in Archaeology of the Land of Israel: From the Neolithic to Alexander the Great. (Open University of Israel 2020) P 75) 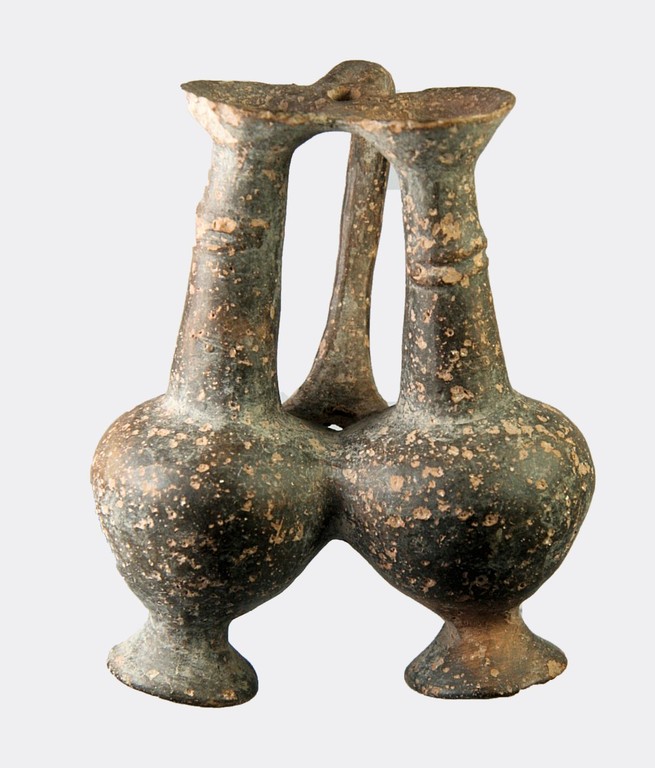